On March 1st at the Alamodome in San Antonio, Texas, undefeated (with one win), Vasyl “Hi-Tech” Lomachenko makes a giant leap up in professional opposition when he takes on the experienced 33 year-old Orlando “Siri” Salido (40-12-2, 28 KOs) for the WBO featherweight title. 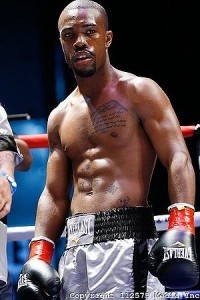 Salido re-captured the belt with a crushing stoppage over Puerto Rican, Orlando Cruz (a fight in which he lost by technical decision to Mikey Garcia in January of 2013) as Garcia ascended to super featherweight and relinquished the title.

It is being reported that this fight comes with a caveat: the winner will face manager Al Haymon’s highly touted, but largely untested Gary Russell Jr. (24-0, 14KOs). Seeing how both Golden Boy Promotions and Top Rank must be involved with this potential match up, this will be a chance to either pave the way for countless new fights in the future or just continue with the current state of boxing’s “cold war”.