Behind the scenes power broker, Al Haymon, has added another big name to his stable of fighters by signing former junior welterweight champ, Amir Khan (28-3, 19 KOs). 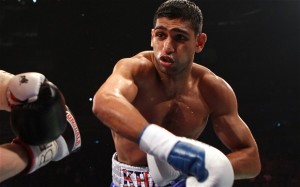 According to Ben Thompson of Fight Hype, the 27-year-old UK fighter has signed an exclusive deal with Haymon, making him a part of the single largest stable of high-end fighters in the history of the sport.

Khan is scheduled to face fellow Haymon fighter, Luis Collazo, May 3 on the Mayweather-Maidana undercard.