If you’re an aspiring writer and like to party, then you must become a member of the Boxing Writers Association of America.

The BWAA throws a festive and lucrative awards dinner every year to honor fighters and its writers for their excellent contributions to the sport of boxing. In fact,  their awards dinner is taking place May 1 and it happens to be the “cornerstone” of their yearly activities.

Now, you don’t have to be a half-way decent writer to join the BWAA as evident by full member Tom Donelson’s work, but you must follow strict professional and ethical standards to become a member.

Before we jump into Journalism 101 and those ever important code of ethics, we must learn why the BWAA was formed. 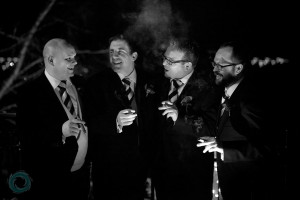 In 1926, the forerunner to the BWAA, known as the Boxing Writers Association of Greater New York was created to improve conditions for writers covering boxing matches and to “enhance the sport as a whole.”

According to the official BWAA mission statement, “The object, goal and purpose of the Boxing Writers Association of America is to foster the highest professional and ethical standards in boxing journalism, both print and electronic, and to promote better working conditions for those who cover and report on the sport.”

In other words, the BWAA is a group of professional journalists and is not open to hobbyists or passionate fight observers.

So before you decide to join those party animals and ethical torch bearers, you will be given the necessary information to apply and successfully obtain membership to the elusive and exclusive Boxing Writers Association of America.

In the real world, journalists uphold the highest ethical standards and conduct themselves with honesty, integrity and dignity. The same applies for boxing writers and you best believe the BWAA expects that from ALL their members.

Ethical journalists must treat sources, colleagues and the subjects they cover with respect. You would NEVER see senior ESPN boxing writer and BWAA member Dan Rafael call a fighter a coward or wish that a former heavyweight champion get beaten to death in a punishing one-sided fight.

Similarly, you would NEVER witness a beacon of professionalism like Ron Borges attack a physically disabled fellow BWAA member 25-years his senior over an insignificant matter.

As a matter of fact, a professional journalist should report the news and not create the news. For instance, voting for the hall of fame and yearly awards may compromise a journalists objectivity.

Now, what is that you say? Active writers in the BWAA vote for the International Boxing Hall of Fame and hand out awards like Fighter of the Year, Manager of the Year, and Trainer of the Year? Well yes, it’s true, but NO member of the BWAA has EVER voted for awards and covered the winners of those same awards for their respective publications/websites.

Additionally, avoiding questionable activities and remaining free of associations that compromise integrity or damage creditability is essential for an independent source of news and information.

A promoter may offer you free travel, hotel accommodations and food for covering their fight promotion, perhaps in a faraway exotic location. It is up to you to refuse those special treatments. Again, no BWAA member in their right mind would accept such lavish arrangements from a deep-pocketed promoter or casino conglomerate.

There is a difference between a publicist and journalist. Know that difference. Independently gathering factual information and reporting it is a journalist’s job.

You should aim to be correct in reporting the news instead of being the first to break the news. You don’t want to break a story about, oh let’s say, Lamont Peterson failing a second drug test only for it to be completely false.

When writing a story you want to identify those persons with knowledge of the situation, if possible. You should be cautious of sources that offer you information in exchange for favors.

Likewise, a journalist should never plagiarize. That’s perhaps the biggest no-no for BWAA members. Again, you would NEVER catch Dan Rafael (2014 Nat Fleischer Award winner for Excellence in Journalism) copying and pasting a promoter’s press release into one of his fight reports on a fight he didn’t cover.

In fact, Ron Borges (who has never failed to place in the BWAA writing competitions) would NEVER use another writer’s work word-for-word and pass it off as his own. Those kinds of unethical practices are frowned upon by the BWAA and conflict with a journalist’s code of ethics.

Speaking of conflicts, journalists should avoid conflicts of interest, real or perceived. Also, any unavoidable conflicts should be disclosed to the public.

There should be a clear distinction between advocacy and news reporting. You wouldn’t want to insult the public’s intelligence and lose their trust by reporting on drug testing protocols while being a secret consultant on those testing protocols.

Remember, behaving with dignity and professionalism is a must. Only an unethical scumbag would pull off such shenanigans.

A true FULL member of the illustrious BWAA would also avoid even the appearance of anything but the highest professional standards. For instance, a BWAA member. especially a highly-respected award winning member, would never think of dedicating an an entire page on his website to personally attacking another writer.

Other conflicts of interest may abound if a journalist enters into dubious relationships with their sources. Again, only an underhanded weasel would pose as a reporter while entering into a partnership with people of ill-repute (like convicted drug dealers) in exchange for exclusive information.

The lines between news, advocacy and advertising should not be blurred. Favored treatment to advertisers or compromised sources should be denied.

If  Editor in Chief of The Sweet Science and BWAA member Michael Woods would never attempt to blur those lines, then neither should you. Passing off press releases and promoter-funded reader giveaways as news is downright disgraceful.

Journalists must maintain and protect their creditability to keep the public’s trust by adhering to the highest ethical standards possible.

Take a look at living legend Thomas Hauser, you would be hard-pressed to find a conflicted and unethical bone in his body. He is definitely the High and Almighty writer of boxing journalism. Look to him as your example of someone who acts independently and is free of ANY obligations other than the public’s right to know.

And when it comes to the public’s right to know, it is a journalist’s responsibility to expose unethical practices of other journalists and news media members. Just think how embarrassing it would be for the BWAA to have members who sell illegal bootleg fight videos of the very subjects he or she covers.

In the end, you have been inundated with a wealth of knowledge on the duties and responsibilities of a journalist. The preceding information, if you so chose, should make your attempt at joining the BWAA a successful one.

That is why you need to remember, what happens in The Ring makes boxing The Cruelest Sport of them all. If you want to become a member of the BWAA you must know The Queensbury Rules and immerse yourself in the Boxing Scene.

Maintaining the public’s trust is a huge undertaking and it will be your responsibility to provide them with the most accurate Fight News possible. If the public can’t trust a honest and ethical journalist, then who can they trust?

You can find Alphonso Costello’s™ work at www.FightClubWriter.com and check your local listings for his award winning CB radio talk show Leaving-It-In-The-Crapper.