Every area has one, you know, a boxing guy through and through. The Northeast has Iceman John Scully, Canada has Russ Anber, the New York area has Henry Hascup, and the West Coast has Frank Baltazar, Rick Farris, and a bunch of others. Many belong to regional (State) Halls of Fame. Florida has Steve Canton and he was inducted into the Florida Boxing Hall of Fame in 2009. 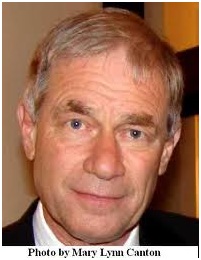 Steve has been involved in just about every aspect of boxing for some 57 years (since he was 11 in fact). Along with his varied work in the corner, he has worked as a ring announcer, television commentator, judge, referee, and timekeeper. He also helps teach young men and women the keys to success both in the ring and out of it in his fabled boxing gym. Now he has put his unique hands-on knowledge of the Sweet Science into a book that is a must read for every boxing fan–casual or aficionado.

Steve takes the reader around the world as he writes about his many experiences and the interesting people with whom he has crossed paths. In so doing, he often says what most of us have been thinking. In this regard, his chapter on Pet Peeves is a knock out.
His attention to detail will resonate, as most fans thrive on stats, records and other such quantifiable particulars. And rather than focus on one story, Steve wisely moves from one vignette to another keeping his reader’s attention riveted.

From Ali to Ken Norton to Ezra Sellers to Emanuel Steward to lesser known figures, the author embellishes and polishes his work with memories that only he can share and will make it hard to put this book down.

The book is a fast-reading 370 pages and there are an astounding 550 photos (many rare). So if it’s an enjoyable summer read you are looking for, my recommendation is Steve Canton’s “Tributes, Memories & Observations of the Sweet Science.”

For more information and to order, please click on the following link. You won’t be disappointed: