In just a few months time we’ll once again be up to our beaks in the ubiquitous onslaught of ‘end of the year’ lists, ‘top tens’, ‘best of…’ or ‘What If Spider-man Joined the X-Men‘ type blather. At The Boxing Tribune we strive to bring you the best new and original content. That’s why I personally sorted through thousands and thousands of fake emails to hear what you, the avid boxing fan thinks about our sport’s current landscape. What would you would like to see come to fruition this year…what would you like to change? Read on to see what “real boxing fans” had to say about the sport’s most pressing and impactful topics.

Who has the largest social media presence?
Floyd Mayweather easily takes this most coveted category with 5.11 million Twitter followers. That’s more than Steve Martin – and he was in My Blue Heaven and The Three Amigos for fucks’ sake. This is 2014. You don’t always get the ol’ racially charged press conferences to really hype up and sell out a fight.

Modern pugilists take to social media (Twitter, Facebook, Instagram…you know you have them) to publicly “call out” other boxers in order to maximize both their potential earning and crowd exposure.

For boxers in 2014, this action creates a window, a premium time for creating witty and/or emasculating MEMEs to spread your clever insults to the world [Algieri who, tho?].

What? You don’t like what I said about your fried chicken lookin’ ass on Linkeden? Well then, you’re about to fucking hate me for the recipe i just submitted on Pinterest showing how your mom’s flap jack tits can easily craft a wonderful tablescape using Ritz crackers, scotch tape and aged comte cheese, bitch.

Who has the hardest chin?
Much like a healthy chunk of this list, this pick is destined for debate. But, for my bludgeoning enjoyment, I can’t go wrong with picking Brandon “Bam Bam” Rios. He can absorb a terrifying amount of maxillofacial trauma while still somehow managing a smile.

A further question looms, though. Is it that Rios’ beard is so rock solid, or has he the least amount of brain cells to actually injure? On a side note, Antonio Margarito actually used to claim this designation. I almost want to include Glen Tapia on here just because he took 305 face-rearranging shots from James Kirkland and he’s still alive… 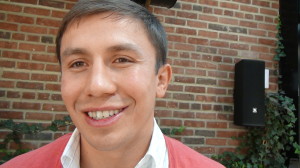 Who would have made the best assassin/hired killer?
Obvioiusly, Mr. smiley himself, Gennady Golovkin gets this prestigious recognition. Is it wrong of me to want to set up hidden camera crews and pay some thugsters to try and jack him?

What matches should get signed this year?
Aside from the obvious choice on everyone’s tongue, I’d absolutely like to see Ruslan Provodnikov square off with the aforementioned Mexican American, Brandon Rios. Wladimir Klitschko has been constantly (probably knowingly so) taking verbal and mild physical abuse from former meat bag, Shannon “The Cannon” Briggs. Briggs (while in extra good shape for his age -take the test-) is looking ever more desperate with his viral Youtube videos. They are funny, though.

The whole thing screams Clubber Lang versus Rocky Balboa when Rocky was out dressed in his fanciest suit giving a thank you speech while unveiling his statue and Lang publicly challenged him…Old Clubber didn’t eat his cheerios, though. “I eat what you eat, Rocky!”

Who should lose?
This question was very oddly worded. It was an overwhelming favorite when I went through the thousands of fake emails, so I figured that I’d just go ahead and leave it in. Danny “Swift” Garcia has a couple of good wins under his belt, but I think his run has about come to an end. While he is a good fighter, he was beaten (in real life, not fake boxing life) by Mauricio Herrera. He’s a well rounded fighter but Swift does nothing expert level…Though, his power and timing flirt with excellence sometimes.

Who should retire?
Joey Chestnut – Kobayashi would destroy you, don’t front.
Andre “The Commentator” Ward. I heard he used to be a boxer.

Who should come back?
Joshua Clottey

Who’s the hardest hitter?
This is a tough one because there are so many factors that go into delivering a punch. Is the guy just standing there taking punishment like Brandon “I’m not a punching bag” Rios? Does the puncher possess other qualities that might augment his power…like speed? Or is the winner a volume destroyer like GGG or a Klitschko? Sergey Kovalev gets the nod for the seemingly effortless one punch stoppage power he has.

Best defense?
This one would go to Guillero Rigondeaux had he had more time to accrue professional awards and fights. Floyd Mayweather is still king of this category.

What guilty pleasure fight would you like to see?
Yuriorkis Gamboa vs Juan Manuel Lopez. Also, Gamboa against Rios would be entertaining. Rios’ size will be offset by the Cuban’s ridiculous speed.

I’d also need to see a rematch of Ruslan Provodnikov and Timmy Bradley. Come on, (referee) Pat Russell, when the ropes literally save you from flying into press row after a devastating punch (more like punches, Russell) that’s a got damn knockdown. So, when you read this later on this evening lounging in your easy chair made of meteorite and baby femur bones, do me a favor and jot that down.

Miguel Cotto could fight ______ and still sell out MSG?
Gingavitus

Andre Ward is a great fighter, why do you hate him so much?
We do not hate Andre Ward, Precious.

We just think it’s only justified to give him L.V.P. this year is all.

What has you done for me lately, Andre?

Why not fly to England, beat Froch (again) in his hometown in front of the most massive crowd you’ll ever see, fuck his girlfriend then ride off into the Oakland sunset – Game, set and match.