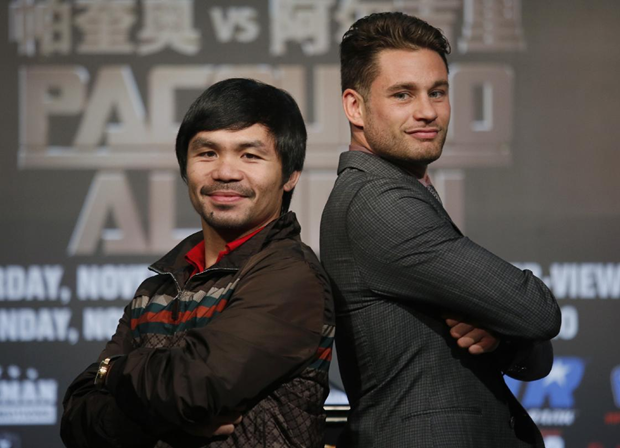 If there has been one central theme running through nearly five years of Monday Rants, it’s that when the chips are down and you need a heaping dose of truth in the bizarre world of big-time boxing, you can NOT depend on the boxing media to deliver.

The truth of the situation is that many of these people who profess to be journalists covering our sport are actually in the pockets of someone with a vested interest in selling a boxing product. Most of the rest are aspiring to be in someone’s pocket.

So, what you have is a boxing media farm system producing crop after crop of useful idiots, who blush in the presence of real, live prizefighters and work (either wittingly or unwittingly) alongside a promoter’s publicist and marketing team to sell whatever needs to be sold. If a writer does this often enough and well enough, he takes his place atop the media food chain and is rewarded with one of the few well-paying positions in the sport.

In the boxing media, the further up the food chain you go, the less likely you are to find a truly critical voice. Token attacks are made at the wretched governing bodies and at particularly horrific judging jobs, but nothing will ever see the light of day if it stands a chance of hurting the bottom line of those really calling the shots.

Case in point was the recent Macau press conference to announce the November 22 Manny Pacquiao-Chris Algieri bout in the Asian gaming hotspot.

In an unusually honest press conference moment, both Pacquiao and trainer Freddie Roach questioned Algieri’s qualifications for such a high-profile match-up.

“It surprised me [Algieri getting the Pacquiao fight] because I actually think Ruslan won that fight. [Algieri] got beat up a little bit,” said Roach, who was the chief second in Provodnikov’s corner for Algieri’s upset of the tough Russian battler.

The article from an international news wire service, chronicling the news conference, hit the ‘net August 25 in the middle of the night (U.S. Time) and was prominently displayed on several mainstream news sites, but more importantly, by the widely-viewed Yahoo! Sports boxing section.

By the next day, though, “Boxing legend Pacquiao dismisses Algieri threat” had been replaced in its position of prominence by “Pacquiao ‘impressed’ with Algieri; Roach says he won’t underestimate opponent again,” a story covering the exact same press conference, but telling the exact opposite story.

“Chris Algieri fought an exceptional fight in June to win the world title from Ruslan Provodnikov,” Pacquiao now says in the re-write. “I am impressed and intrigued by his scientific approach to training and boxing. He may be the smartest and the fittest athlete I have ever faced and that makes him the most dangerous.”

Even Freddie Roach had miraculously changed his tone in this media second draft.

“I underestimated Algieri when he faced Ruslan Provodnikov in June but I won’t make that mistake again,” now said Roach. “Algieri is going to face the best of Manny Pacquiao because Manny is going to have his toughest training camp ever. I am looking forward to a great fight and Manny’s finest hour on November 22.”

So, what the hell gives?

In the few hours between version one and version two of the Macau press conference, Top Rank had issued their press release to media, highlighting all “pertinent” quotes while doing all the subtle brainwashing press releases are supposed to do. And surprise, surprise, when push came to shove, Yahoo (and most other sites) erred on the side of Top Rank propaganda. The less flattering, “Algieri is just okay” got buried in favor of the “Algieri is my toughest foe” article.

But this is not to single Yahoo out. (In the spirit of full disclosure, Yahoo used to showcase some of my work and never once pressured me, directly, to alter the tone or substance of any work. There WAS subtle, indirect pressure, but that’s an issue for another day).

Those who recall ESPN’s Dan Rafael and his three different public reactions to Deontay Wilder’s KO of Malik Scott in March—from “It was a phantom shot” to “What a sloppy knockout” to “Go home, there’s nothing to see here. All is well” – over the course of one evening (I’m paraphrasing} will also see this concept of selling product in play. By the time Rafael’s weekend notes came out on the Monday after the fight, Wilder-Scott was portrayed as legit as legit could be and Wilder’s image as an emerging star remained untouched.

There’s a notion among some that the media exists to promote the sport—and that’s true to a degree. But is promoting a corrupt, inferior product to the benefit of anyone other than the power brokers behind the scenes looking to make a quick buck? It’s the media’s job to tell the sport’s true stories, not to cover up for its blunders and corruptions. The truth may not be the best friend of the sport’s con men and hustlers, but a strong and critical-minded media is the key to cleaning up this sport for the fans and for the athletes who deserve a profession that has at least some standards of professionalism.

By the way, please take a good look around at the new layout and new extended coverage of The Boxing Tribune. Hopefully, you like what you see and will bookmark us as your “go to” site when it comes to fearless opinion and boxing news that is actually news (not propaganda).

We have no industry backers, so this is a total grassroots effort and will only succeed if we have your support. Spread the word and share our articles with friends. Our ability to keep fighting the good fight for our sport depends on the support we receive from the public. Thanks.