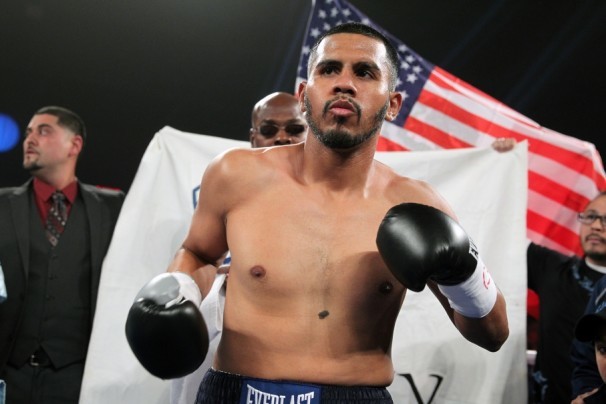 Diaz had a good run as the world lightweight champion, a reign that started just over 10 years ago. He’s held the WBA, WBA Super World, WBO, IBF, and IBO titles. After back to back losses to Paul Malignaggi and Juan Manuel Marquez he retired, but after nearly three years, a rejuvenated Baby Bull returned to the ring and since April of 2013, has racked up four victories. His goal of course, is another shot at the world lightweight championship and possibly a third contest with Marquez; their first bout was RING magazine’s 2009 fight of the year.

Cardenas was a regional title holder at super featherweight, holding the WBC Continental Americas and FECARBOX belts. In his only shot at a lightweight title he was stopped in four rounds by Fermin De los Santos. He’s coming in off a fifth round stoppage win of Carlos Lopez, but lost his three previous contests.

The bout will be televised on Unimas’s “Solo Boxeo Tecate” program.