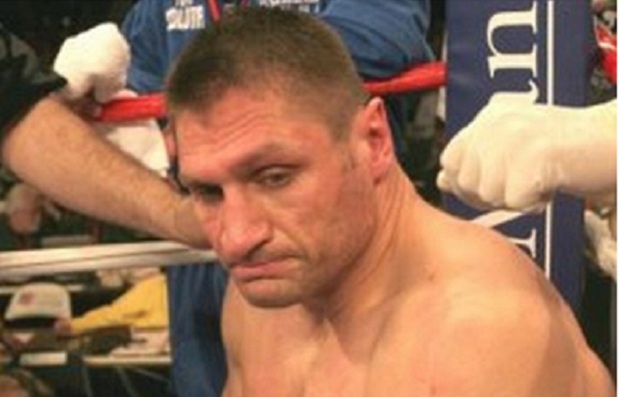 “…We are forging a new boxing tradition and rising-star showcase in Oklahoma City.”— Ivaylo Gotzev, head of Epic Sports

Incredibly, cigarette smoking (for photo ops only) Mayorga (29-8), Peter (34-5) , and Yory Boy (102-17-3) are set to “rumble on the river” on September 27 at the unlikely locale of the OKC Downtown Airpark in Oklahoma City. This “epic” is being promoted by Epic Sports and Entertainment. Gotzev says if both Mayorga and Campas get past their opponents, the two former champs have agreed to face each other next.

Peter, otherwise known as “The Nigerian Nightmare” was last seen being sent to Nigerian Dreamland by “The Nordic Nightmare,” Robert Helenius, in 2011. Peter’s opponent is club fighter Ron Aubrey who himself has not fought since 2012 and his opponents have a combined dismal record of 9-39-1.

Yory Boy, who has been boxing professionally for 27 years and just might be the last Centurion, has slowed down considerably as he seeks his 103rd win against the always dangerous TBA. His last outing was in—of all places—Belgrade, Montana. An alleged victim of boxing corruption, Campas needs every penny he can earn.

Meanwhile, ancient but still dangerous Andrew Golota is rematching with equally ancient Danell “Doc” Nicholson, Their first encounter occurred in 1996 when The Foul Pole perpetrated one of his dirtier head butts on the hapless Doc. According to The Boxing Tribune, the rematch will take place in Czestochowa, Poland. Nicholson, in his most recent outing, was TKO’d by Wladimir Klitschko nearly 11 years ago.

Former world champion Scott Harrison is also looking to get back in the ring in Glasgow after a yearlong suspension. The 37 year old lightweight had had his license reinstated by the British Boxing Board of Control and is tentatively scheduled to fight again on October 31st against the dreaded opponent to be named He returned in 2012 to win a pair before losing a lightweight title bid to Liam Walsh last year

47-year-old Johnny Nelson confirms plans to return to the ring and challenge the very active Marco Huck. Nelson said, “I spoke to trainers, I spoke to the surgeon who did my hip, and they said if you do it right, over six months, a return to the ring would be possible. They suggested a warm up fight but I said no. I’m not coming back for a career; I said I’d train for six months, just for this one fight.”

And speaking of recapturing the magic, a seemingly delusional Antonio “Magic Man” Tarver returns to the ring against sleep-inducing (as in boring) Johnathon Banks (29-2-1,) on Sept. 29 at yet another strange locale–the State Farm Arena in Hildalgo, Texas. Said an apparently straight-faced Tarver:

“I will be world heavyweight champion…and I’ll break George Foreman’s record as the oldest. I don’t want to beat just any guy with the world title belt, I want Wladimir Klitschko, and to set up that fight I will challenge and defeat David Haye, if he has the guts to fight me. Even at 45, I have so much fight in me, and there isn’t a heavyweight I can’t beat in a 12-round fight, unless they knock me out, something nobody’s been able to do in my entire career.”

Call it a grab at lost glory, redemption, ego satisfaction, being delusional, or downright insanity, I call it going after a “final” payday. And like Cher’s final tour, it won’t be over until it’s over.