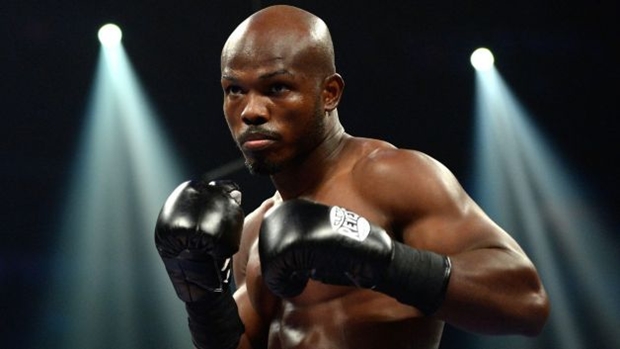 Timothy Bradley, according to Bob Arum, is set to return on either December 6 or 13 against Argentina’s Diego Chaves. And while news of a former champion’s return to the ring is usually met with excitement or, at the very least, a spark of anticipation, Bradley inspires little of that.

There’s the faint curiosity of what a particular Bradley match-up may look like and the hardcore rankings-checkers are pleased that a name from their living chess set is coming back to action. But the rest of us know what to expect and, really, it’s not all that scintillating.

Bradley has a resume that warrants main event status and he’s definitely paid his dues in the sport. By all accounts, he’s a good guy and a solid citizen. We also know just how seriously he takes his physical conditioning.

All of this is wonderful and certainly worthy of heaping amounts of respect, so is it too cruel to say that Bradley should never be allowed to headline a big ticket main event ever again?

With the exception of his Fight of the Year brawl with Ruslan Provodnikov in 2013 (in which he might have been fighting in a concussed haze from the first round forward), Bradley has never really made for compelling TV.

Regardless of the opponent and the circumstance, Tim Bradley fights usually amount to little more than awkward, muddled action where bodies are moving, but nothing is really happening. And we’ve seen this way too many times to blame the other guy at this point.

No, this is all on “Desert Storm” and his execution of a fighting style that is so confused and lacking in real form that it’s barely a style at all.

There used to be a time when many in the media pounced on Bradley for producing extremely unsatisfying bouts, but that was before he signed with Top Rank and earned the free pass from the Top Rank apologists in the media. But, the media was right to criticize him back when Bradley was with Gary Shaw and not much has changed since then.

The nothingness that Bradley tends to produce in the ring is not the same as the sublime negative powers of a fighter like Guillermo Rigondeaux. Bradley’s void is less like a supreme robot coldly shutting down foes and more like a dump truck dumping a ton of gear-breaking tools into a wood chipper.

With excessive, frenetic movement that leads to nothing, an awkward, mauling inside game, and a lack of precision-punching on the outside, Bradley creates situations where the fighting space is so confused and awkward that neither fighter can really do much. Bradley has even been able to drag two of this generation’s most exciting fighters—Manny Pacquiao and Juan Manuel Marquez—into the void.

To his credit, Bradley has managed to get to the very highest levels of the sport to become a two-division world champ. Through tremendous physical conditioning and a will to win second to none in boxing, Bradley has earned the right to be regarded as a legitimate world-class fighter. But he’s also a complete and total buzzkill of a ring presence in every sense of the word. With only twelve knockouts in thirty-two professional bouts (one in his last fourteen) and a style that nullifies an opponent’s ability to land anything clean, fans can’t even hope for the occasional early end, either.

Yes, there is room for the so-called “boring” defense-minded fighter and it’s a shame that more people can’t appreciate those masters of the fine art of boxing. But Bradley isn’t one of those masters. Bradley’s negativity is a product, in many ways, of his inability. It’s a flaw he shares with many young fighters today, raised to rely on athleticism over traditional boxing skill and craft. Bradley is just the best of that lot.

It’s hard to make a case for not showing Bradley fights because, well, his resume warrants placement near the very top of the sport. It’s just that, somewhere along the way, his right to be featured in main stage bouts is in direct opposition to the public’s desire to see enjoyable, satisfying elite-level fights.