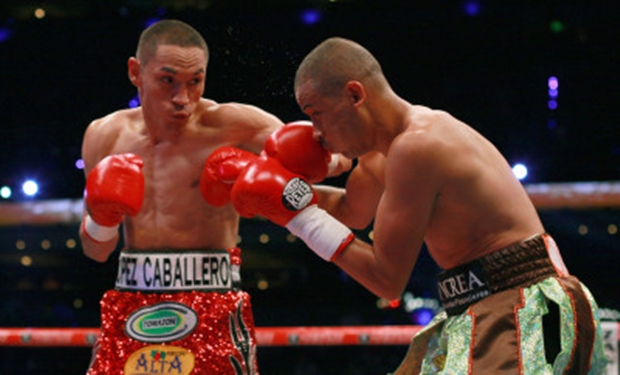 Saturday’s flyweight battle between WBA/WBO  champ, Juan Francisco Estrada (27-2, 20 KOs) and Giovani Segura (32-4-1, 28 KOs) did tremendous numbers in Mexico, generating an 11.6 rating, which translates into about 13 million viewers. It also drew a full house of about 10,000 at the Arena in Mexico City– something made even more impressive by the fact that neither Estrada nor Segura are from the area.

Estrada, who stopped Segura in eleven brilliant rounds, is now being mentioned among the nation’s major draws alongside Saul Alvarez, Julio Cesar Chavez Jr., and Juan Manuel Marquez, who has proudly taken to the Mexican media, declaring the 24-year-old Estrada to be Mexico’s next boxing superstar.

The success of the event was so tremendous that American premium cable outlet, HBO, reportedly made an offer to host a unification showdown between Estrada and WBC titlist, Roman “El Chocolatito” Gonzalez. According to Estrada’s promoter, Fernando Beltran, however, the HBO offer of $150,000, total, ($75K apiece) to make the fight was too low to seriously consider.

Both Estrada and Gonzalez are scheduled to return to the ring later this year, regardless of whether it’s against one another. Gonzalez decisioned a 22-year-old Estrada back in 2012 in a defense of his WBA junior flyweight title.