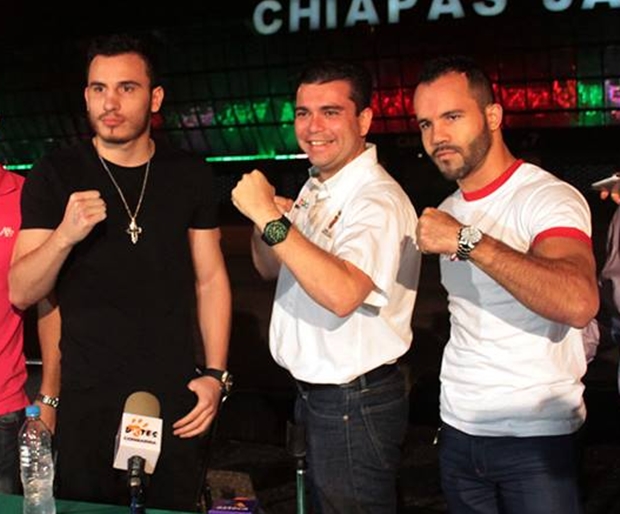 Although politics and a couple of growth spurts have made the Mexican dream fight of Saul “Canelo” Alvarez vs. Julio Cesar Chavez Jr. pretty much impossible, fans will be treated to the next best thing on Saturday, September 27 in Tuxtla Gutiérrez, Chiapas, Mexico.

And in case one thought that both fighters would downplay their more famous and accomplished brothers in a bid to make this about them, it’s quite obvious that at least one of the fighters is extremely conscious of the family rivalry.

“I think this is a curiosity of a bout,” Chavez told Mexican media. “Our brothers haven’t fought, ‘Canelo’ obviously forgot about the promise he made in the beginning of his career to fight my brother.”

Alvarez, who was rumored to be hesitant about taking the bout, would also speak up, not about his brother, but about the circumstances surrounding his delay in signing the contract.

“I always wanted to fight Omar,” Alvarez said, “but I wanted to resolve issues with the Reynosos (Ramon’s brother Rigoberto, who has managed his career, has a long-standing conflict with Edison and Chepo Reynoso, Canelo’s trainers who have also worked with Ramon). But Omar kept challenging me and making me look like I didn’t want the fight. And that’s why I went with Rigoberto to negotiate the fight directly with Zanfer (Chavez’s promoter)…and now I get the fight that I want and I will beat him.”

Chavez, who will likely be the favorite coming into the contest, is actually the more talented and accomplished of the two fighters, although neither is even remotely close to being anything more than a regional attraction with a famous last name. The bout should be competitive, though, and because of their history with one another and the pressure of upholding the family name, fans will likely be treated to a compelling fight.