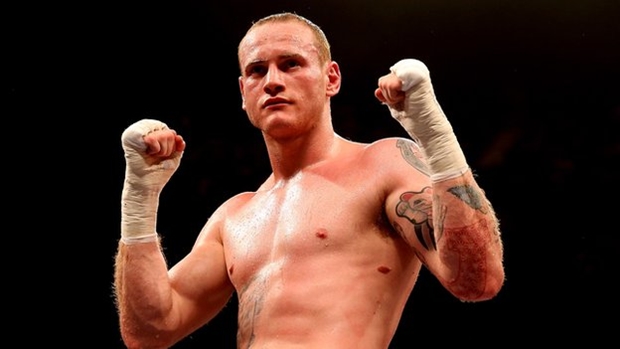 The 26-year-old challenger was returning to the scene of his knockout defeat, with conqueror Carl Froch at ringside, but produced a composed display to earn victory with two scores of 118-110 and 117-111.

The 39-year-old Narvaez retained his WBO junior bantamweight title with a majority decision win over Felipe Orucuta on Friday at Anfiteatro Municipal in Argentina. The scores were 116-112 twice in favor of Narvaez, while the third scored it a 114-114 draw.

Richar Abril of Cuba retained his WBA lightweight title with a majority decision against hometown boxer Edis Tatli on Saturday.

In the main event of the afternoonn cruiserweights Thabiso “The Rock” Mchunu (17-1, 11 KOs) and Garrett “The Ultimate Warrior” Wilson (13-8-1, 7 KOs) faced off for the NABF Cruiserweight Title.

It was a wild-wild west affair last night at the Tijuana Municipal Auditorium as a total of twenty knockdowns, seven in the main event, were witnessed by a nearly sold out enthusiastic crowd.