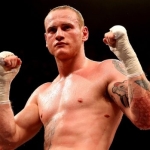 Groves Makes Victorious Return The 26-year-old challenger was returning to the scene of his knockout defeat, with conqueror Carl Froch at ringside, but produced a composed display to earn victory with two scores of 118-110 and 117-111. READ MORE Omar Narvaez Decisions Felipe Orucuta in 11th Title Defense The 39-year-old Narvaez retained his WBO junior bantamweight … END_OF_DOCUMENT_TOKEN_TO_BE_REPLACED 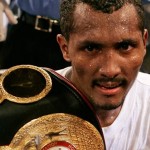 Arena Roberto Duran, Panama City, Panama-- WBA bantamweight champ and native of Panama, Anselmo Moreno (31-1, 11KOs) made the eighth successful defense of his title against Venezuela's Lorenzo Parra (31-3, 18KOs) in front of a partisan, pro-Moreno crowd. The defending champ was clearly the better fighter and decisively won each round before his challenger ended the bout by … END_OF_DOCUMENT_TOKEN_TO_BE_REPLACED 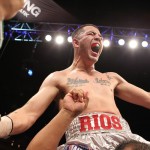 Palms Casino Resort, Las Vegas, Nevada-- Brandon Rios (27-0-1, 20 KOs) continued on his climb up the ranks of the tough lightweight division with a triumphant TKO 10 victory over Venezuelan WBA belt holder, Miguel Acosta (28-4-2, 22 KOs). But it wasn't an easy road to victory for the Robert Garcia-trained Rios. Acosta came out strong, winning four of the first five … END_OF_DOCUMENT_TOKEN_TO_BE_REPLACED 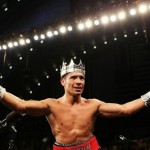 Boardwalk Hall, Atlantic City, New Jersey Sergio Martinez (46-2-2, 25 KOs) KO 2 Paul Williams (39-2, 27 KOs) Recap: A potential fight of the year turned into knockout of the year as Martinez, following a first round that was slightly in favor of Williams, knocked his opponent out with a crushing left hook that Williams never saw. There was no need to count as Williams was … END_OF_DOCUMENT_TOKEN_TO_BE_REPLACED 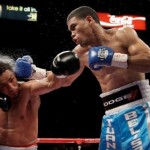 Welcome to the latest edition of "Late Stoppage," the boxing recap that puts it all into perspective: The MGM Grand, Las Vegas, Nevada Juan Manuel Lopez (30-0, 27 KOs) RTD 8 Rafael Marquez (39-6, 35 KOs) Recap: Marquez was far from being the shot warhorse that some predicted. As a matter of fact, Marquez had quite a few quality moments and even came very close to … END_OF_DOCUMENT_TOKEN_TO_BE_REPLACED