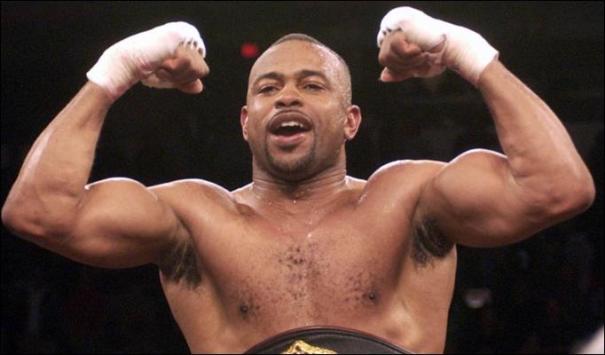 Friday night at Basket Hall in Krasnodar, Russia, Roy Jones Jr. (58-8, 41 KO’s) defends the World Boxing Union cruiserweight title in a scheduled 12 round contest against Hany Atiyo (14-2, 10 KO’s). It will be Jones second defense since winning the vacant belt with a 12 round decision over Zine Eddine last December.

The former pound for pound king of the 90’s is well beyond his prime years, but at 45 years of age is still opting to suit up and get in the ring despite already establishing a Hall of Fame worthy career chock full of hi-lite reel knockouts and world titles in five weight divisions. Add in a prime gig as an HBO commentator and his willingness to still trade leather is even more of a mystery, but that’s Roy Jones for you.

In a career dating back to 1989, Jones has held major world championships as a middleweight, super middleweight, light-heavyweight, and heavyweight. Currently campaigning as a cruiserweight, he holds the lesser-regarded WBU German version championship, but all in all he tallies a total of 12 belts in five weight classes among eight different sanctioning bodies. There’s also three regional titles held at middle, light-heavy, and cruiserweight.

The good news, as noted by our editor Paul Magno, is that after a string of losses against top tier opposition, Jones seems to have realized that he’s better off keeping active overseas facing lesser grade fighters; men he can still look good against and beat without much danger of getting hurt along the way. After a three fight losing streak that stretched from 2009 to 2011 in which Jones suffered two frightening knockouts, he’s picked up four straight wins, and hasn’t fought in the U.S. since 2011. Whatever his ultimate plan is, it’s working, so more power to him.

Atiyo, fighting out of Egypt, comes in off a fourth round TKO loss to Joey Vegas, his second loss and his second time being stopped by Vegas, the bouts coming 14 months apart. He’s held the UBO African, African Boxing Union, and Egyptian light heavyweight titles but otherwise brings a pretty thin resume and should be little trouble for Jones.