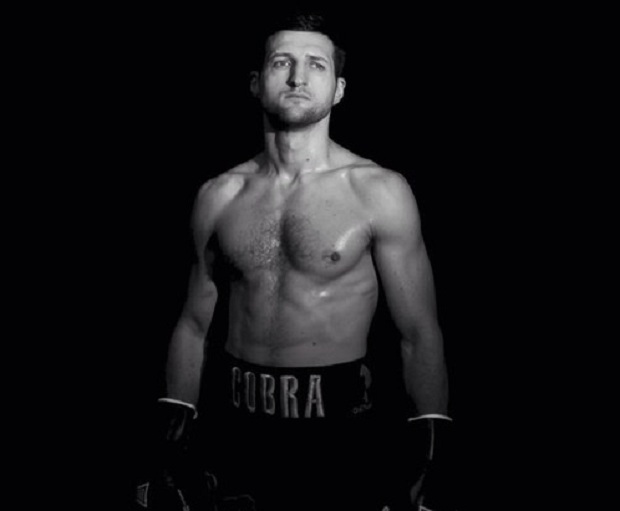 In terms of career legacy, Carl Froch has exceeded all expectations. The current WBA/IBF super middleweight champion has been on a six-year run that would humble even the most accomplished of elite-level fighters, accounting very well for himself in big ticket bouts against the likes of Mikkel Kessler and Andre Ward, as well as domestic threats such as George Groves.

But the 37-year-old “Cobra’ truly feels that he only has one or two fights left in his career and there’s at least one more thing he wants to accomplish before officially hanging up the gloves. On his boxing bucket list, Froch wants a main stage Las Vegas showdown.

“I’m trying to hang in for Las Vegas…It’s the fight capital of the world and many of my heroes have boxed there,” Froch told the BBC. “I have not ever been there to fight, but it would tick a massive box in my wonderful career.”

Efforts are being made to push Froch towards former Olympic gold medalist James DeGale in an all-Brit 168. lb. title clash, but the defending champion has shown little to no interest in DeGale.

“If I can’t fight in Vegas, I need a serious think about whether I want to finish by fighting DeGale, and beating him,” Froch said. “I don’t know if I can get motivated to fight him. He’s not good enough. If Vegas can’t happen I’ll seriously consider retiring.”

Atop Froch’s list of preferred Vegas foes is Julio Cesar Chavez Jr., whose career is currently frozen due to contractual disagreements with promoter Bob Arum.

“If I put my final fight of my career on hold for him it could be risky,” Froch said of Chavez. “Sometimes he goes AWOL. He is a bit of a bad boy in Mexico. There’s been question marks about his reliability…There are a couple of other fights out there for me in America so if there are options there I’d rather take that than fight DeGale.”

Who those options are and whether they’re feasible is a question to be answered soon enough. The fact of the matter may be that after six years running through, perhaps, the most difficult fight schedule of anyone in the sport, Froch has zero tolerance for “gimmes” or strategic soft touches.

As a battle-hardened veteran, every fight is a legacy fight for Carl Froch at this point and pursuing challenge is a point of pride. If only more of boxing’s top stars thought this way.