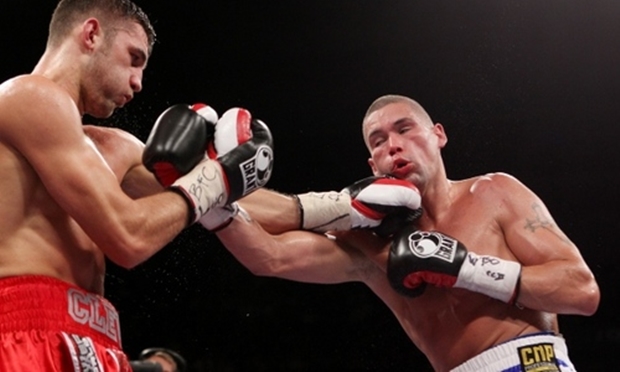 The rumored cruiserweight rematch between Nathan Cleverly and Tony Bellew was confirmed Thursday for the Echo Arena in Bellew’s home town of Liverpool, UK on either the 22 or 29 of November, pending Sky Sports’ announcement next Wednesday.

In their first encounter, in 2011, Cleverly (28-1, 14 KOs) took a majority decision over the Bellow (22-2-1, 14 KOs) in defense of his WBO light heavyweight title. And, although boxing conventional wisdom dictates that the winner of the first bout will likely win the rematch more convincingly, a lot has changed since their meeting three years ago.

Bellew, who had no experience beyond the regional level coming into the first Cleverly bout, has obtained a world of seasoning since his loss. Since the Cleverly setback, Bellew has a one win-one draw split with top contender Isaac Chilemba, a TKO 9 victory over Edison Miranda, and a spirited TKO 6 loss at the hands of Adonis Stevenson. Bellew has also picked up some alphabet regional titles with victories over Roberto Feliciano Bolonti and Valery Brudov.

The one-time golden child of Welsh boxing, Cleverly, on the other hand, played it matchmaking safe in three defenses after Bellew, but was ultimately blown away in four rounds by Sergey Kovalev. Since then, Cleverly has moved up to cruiserweight and has also scaled back, even further, his level of opposition.

Despite the appearance of being on a downward trajectory, though, Cleverly seems genuinely psyched for this rematch and a chance to finally add a new notch in the meaningful win column.

“There will be no final bell in this fight, it’s going to be brutal. Expect fireworks from the build-up, the press conferences, the weigh in and the fight but also expect the same result. A Nathan Cleverly victory and then I will become a two-weight world champion.”

Bellew, however, is equally as amped.

“I want this more than any fight in the world,” said Bellew. “I’ve dreamt about this moment, about putting this right, about ending him.

“His face will be in my mind every day in camp, every night. I can’t explain how badly I want to knock him out and that’s exactly how it will end in November. For the people of Liverpool, expect a great occasion, an epic build up and an emotional fight.”

An announcement will be made this coming Wednesday confirming the actual date of the event.