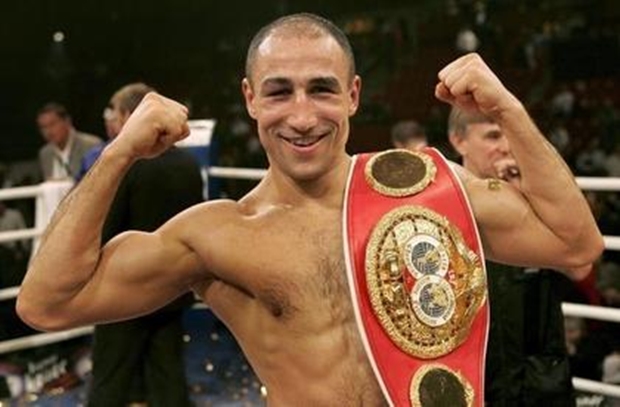 Kiel, Schleswig-Holstein, Germany– Arthur Abraham (41-4, 28 KOs) survived a truly tough challenge from unheralded British challenger, Paul Smith (35-4, 20 KOs) with more than a touch of home-style scoring Saturday in Germany via scores of 117-111, 117-111, and an utterly outrageous 119-109. The scores in this unanimous decision were not representative of this fight, which The Boxing Tribune scored a 114-114 draw.

Up until the seventh round or so, this second defense of Abraham’s WBO super middleweight title looked like a typical Arthur Abraham bout. The Armenia-born German kept himself safe with a high-guard defense and stole rounds with brief, pinpoint bursts of heavy-handed activity.

However, Smith held strong and worked to move around Abraham’s offensive bursts, digging shots to the defending champ’s body whenever possible.

By the eighth round, Abraham was breathing heavily and not pursuing much of a fight at all. Smith came on stronger as rounds passed and Abraham would breathe harder, throw less, and stand more flatfooted as time advanced.

Abraham finished the fight with a solid twelfth round that, on The Boxing Tribune’s unofficial scorecard, saved him his title. However, the judges were viewing a one-sided affair all along and gave the veteran champion the decision.