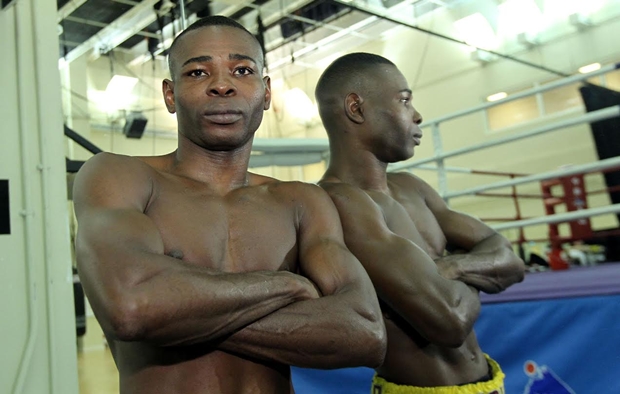 “It was the exact opposite of the last two HBO fights we had,” Arum told the media after Rigondeaux’s dominant victory over Donaire in April of 2013. “It was not a very engaging fight…When Rigondeaux stands and fights, the [expletive] has a lot of power and a lot of skill, but running the way he does really makes it not a watchable fight.”

The digs at Rigondeaux from his own promoter became so persistent that Rigondeaux’s manager, Gary Hyde, would issue a public cease and desist letter to Arum following his client’s one-sided victory over Joseph Agbeko:

I read your comments once again trashing Guillermo Rigondeaux.

Let me remind you that it became clear to us well before the bout that Joseph Agbeko was, to use a euphemism, ” troubled “. We asked, through Mr. English, that an opponent likely to be more competitive be used. The public does not know this. But you do.

All Joseph Agbeko did was to try to survive, perfectly predictable under the circumstances, as we both know.

Now you are once again trashing Guillermo Rigondeaux for following the direction of Top Rank and of HBO in fighting an opponent who did not want to be there and who simply wished to survive.

Tell the public the truth. Tell them that we knew full well that Agbeko was an inappropriate opponent and that Mr. Rigondeaux’s representatives said so. Tell the truth and blame those who went forward in light of the advice to select another opponent. Tell the public who made the decision to use Agbeko, who made the decision to keep him in light of unmistakable signs as to the likelihood he would simply fight to survive (at best) and stop trashing the fighter you promote.

We look forward to Rigondeaux’s next bout. It is time that Top Rank schedule same.

Rigondeaux and company parted ways with Arum as soon as legally possible and are now looking for a co-promoter to match up with the fighter’s current team, Caribe Promotions.
However, Arum’s talking points continue to dog the two-time Olympic gold medalist.

Last Week, no. 1 WBO contender Chris Avalos walked away from a title shot at Rigondeaux in order to pursue other opportunities.

“Chris and his team have decided to pursue the IBF champion, Carl Frampton,” Top Rank vice president Carl Moretti told ESPN. “Both champions, Frampton and Rigondeaux, present difficult challenges in the ring, but there is no comparison as to who presents the better financial opportunity. Not even close. Once Frampton heals from his injury, we look forward to challenging him for his title.”

Meanwhile. IBF titlist Frampton’s team has already made it clear that Rigondeaux is nowhere close to being on their radar.

“We’re not interested in Rigondeaux. He makes no money and brings no TV,” Frampton manager/promoter Barry McGuigan said via ESPN.co.uk. “This is a business. Don’t get me wrong, he’s fabulous but he’s awkward and negative.”

Other fighters are simultaneously curious about the challenge, yet frustrated that their management won’t touch it.

“I already said I’ll fight him. It’s not up to me,” WBC junior featherweight titlist Leo Santa Cruz said, prior to his recent bout with Manuel Roman. “Just because I say, ‘yes,’ does not make it happen. I’ve got to talk to the whole team and my manager. It does bother me so if I win this fight, I’m pushing to fight [Rigondeaux]. I’m pushing for it soon.”

In an effort to create some sort of big fight opportunity for his fighter, Hyde will now look to press the WBA as their “super” champion to force a bout against “regular” champ, the UK’s Scott Quigg.

“On hearing that Matchroom have taken Rigondeaux’s challenger Chris Avalos down another route we have decided to force Rigondeaux-Quigg,” Hyde posted via social media over the weekend.

There’s no word yet from Quigg’s people, but it wouldn’t be a surprise if Arum’s talking points were to be resurrected once again in order to nix a bout most consider quite unfavorable to the lesser WBA 122 lb. champ.

In any case, the situation at 122 reads like this: Quigg wants Frampton and Frampton wants Santa Cruz and Santa Cruz wants either Quigg or Frampton. Avalos will wait for whatever comes his way. But what they all have in common is a most desperate desire to not fight Rigondeaux. And thanks to former promoter Bob Arum, they all have a convenient and forever “out” for any attempts to wrangle them into facing the two-belt champ.