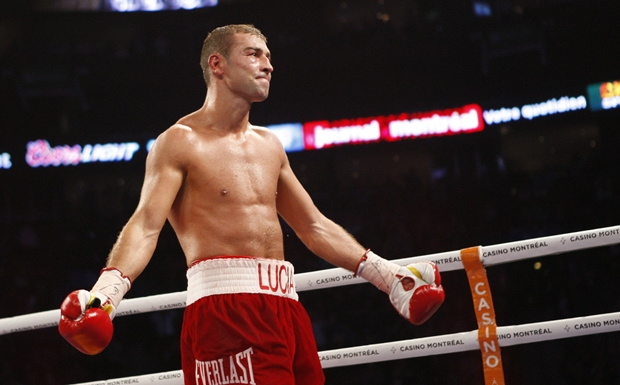 Former IBF super middleweight champ, Lucian Bute (31-2, 24 KOs) will return to the ring for the first time since this past January when he dropped a unanimous decision to Jean Pascal. He’ll be facing former world title challenger Robert Bolonti (35-3, 24 KOs) on December 6 at the Bell Centre in Montreal, Quebec, Canada.

Bute, now training with Freddie Roach, hasn’t scored a victory since November of 2012 when he decisioned Denis Grachev in a twelve round bout. Prior to that, he was stopped in five one-sided rounds by Carl Froch.

The Romania-born Canadian held the IBF 168 lb. title from 2007 to 2012, making nine defenses before losing to Froch.

Argentina’s Bolonti is a club-level fighter with an artificially inflated record. The only two fights of note on his record are one-sided decisions against Tony Bellew and WBA “regular” light heavyweight titlist, Juergen Braehmer.