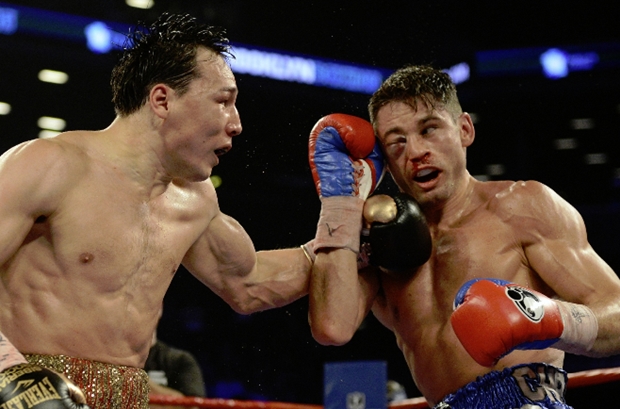 Former WBO junior welterweight champ, Ruslan Provodnikov, obviously feels that he should not be former champion.

Speaking to Boxingscene.com, the “Siberian Rocky,” who plans on making his ring return November 28 in Moscow, responded to comments that Algieri made regarding their June 14 encounter, where Algieri asserted that the “fight wouldn’t have been close if not for the first round” and that “It would have been an easy fight. That first round skewed the scoring so much”

“Chris has no doubt in his mind that a boxing match is dancing around the ring to survive,” Provodnikov responded. “If that’s the case, then he is definitely the best in this sport. Now he has to learn to be more modest and adequate in his achievements.”

Algieri would springboard immediately from his controversial split decision win over Provodnikov into the upcoming November 22 PPV bout against Manny Pacquiao in Macau.

Provodnikov, meanwhile, can take some solace in the fact that all three of his career losses have come via controversial decision. His opponent for the upcoming fight date in Moscow has yet to be named after failed efforts to bring Zab Judah and Mauricio Herrera overseas for the bout.