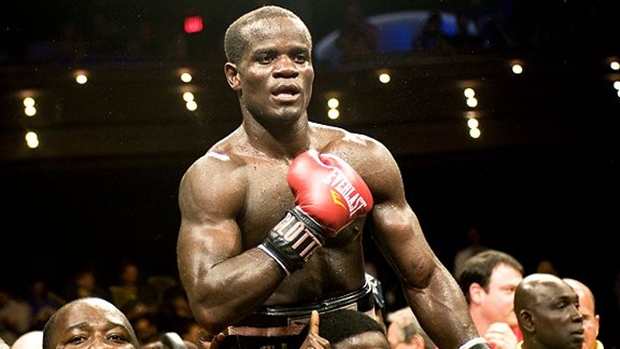 Following the announcement that his bout with Saul “Canelo” Alvarez had been cancelled, former welterweight titlist, Joshua Clottey had this to say via social media:

“Okay Now I understand I am too big of risk…These guys always find excuse not to fight with me…They offer me less money than I wish. I say okay lets fight. They say texas. Whatever lets go…My manager tell me joshua something big happening. We get a big name. When I hear canelo I was shocked and we tried to fight before but he took other option. I said if he fight with guy like me he is a man I respect him. Now I not respect him he not want me like I expect…I am a lion from ghana and if they give him to me I would beat him. I want to fight with Lara who beat you too…Every time I fight I fight for africa so whoever my opponent be its all for you africa I love my people. They cant blacklist me I am coming.”

Alvarez pulled out of the scheduled December 6 bout with Clottey, claiming an injured ankle, but also amid speculation that he’d prefer to move straight into a Miguel Cotto bout in May without risking injury beforehand.