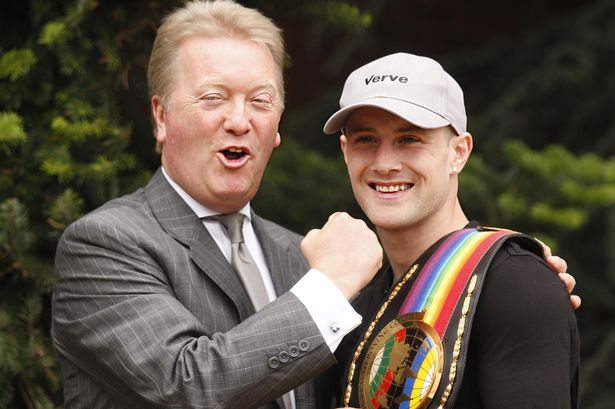 Former lightweight champion Ricky Burns (37-4-1, 11 ) is being sued by his former promoter Frank Warren.  Burns, who signed with Eddie Hearns Matchroom Sport last year, faces the High Court in London under claims that a number of binding agreements between he and Warren were breached by the fighter’s move in promotional representation.

Warren is seeking £2 million in damages related to the promotional agreement as well as a managerial agreement that made him a co-manager with Alex Morrison, entitling him to a share of Burns purses from 2010-2013.  The total coming from t £90,000 in unpaid manager’s commission and £1.8m owed to his company, W. Promotions Ltd.

Burns’ side of the story is that Warren provided nothing more than promotion after 2010 and that the agreement was cancelled when he wasn’t fully compensated for his fights.  The joint management agreement, according to Mark Simpson QC, was not valid or enforceable.

Working with Warren, Burns won the WBO super featherweight championship, and later the WBO lightweight title, which he lost to Terence Crawford earlier this year.