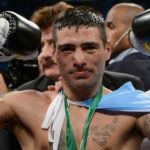 Former junior welterweight top contender Lucas Matthysse plans on returning to the ring on the Canelo Alvarez-Julio Cesar Chavez Jr. undercard. It will be the Argentine's first fight since a crushing knockout loss to Viktor Postol in October of 2015. Right now, the plan is to kick off a campaign at welterweight with a bout against the solid, but utterly unspectacular Pablo … END_OF_DOCUMENT_TOKEN_TO_BE_REPLACED 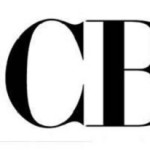 CBS, in conjunction with Showtime, has announced a multi-year commitment to boxing that will see the network broadcast as many as eight boxing cards this year in a Saturday afternoon series. As of right now, the plans are to feature the Premier Boxing Champions (PBC) product established by powerful adviser, Al Haymon, who will also have his PBC product placed on NBC, NBC … END_OF_DOCUMENT_TOKEN_TO_BE_REPLACED 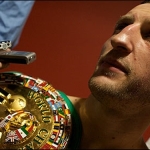 by Ted Sares Frank Maloney crosses over to the other side. Wlad dominates, but Pulev lurks and Briggs stalks Wlad considers restraining order on Briggs. Joshua rises and send a chill through the division. GGG is—well—GGG Martin Murray will be in Monaco and then maybe in mix to get beaten by GGG Fury wears a mask while Chisora behaves Solis eats, while Thompson seeks … END_OF_DOCUMENT_TOKEN_TO_BE_REPLACED 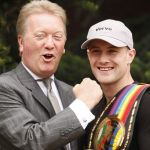 ' Former lightweight champion Ricky Burns (37-4-1, 11 ) is being sued by his former promoter Frank Warren.  Burns, who signed with Eddie Hearns Matchroom Sport last year, faces the High Court in London under claims that a number of binding agreements between he and Warren were breached by the fighter's move in promotional representation. Warren is seeking £2 million in … END_OF_DOCUMENT_TOKEN_TO_BE_REPLACED 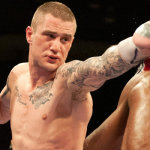 Lately, things haven’t gone well for Ricky Burns (36-4-1, 11 KO’s). The Coatbridge native has went from a two division world champion to a guy many think is at the end of his rope all in just one years’ time. Saturday night at the First Direct Arena in Leeds, U.K., Burns starts over in the hopes that a jump to the junior welterweight division will bring him a third world … END_OF_DOCUMENT_TOKEN_TO_BE_REPLACED