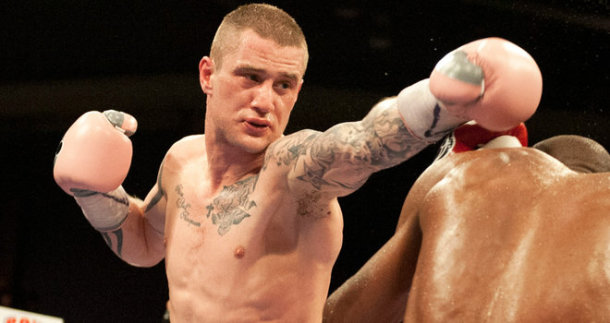 Lately, things haven’t gone well for Ricky Burns (36-4-1, 11 KO’s). The Coatbridge native has went from a two division world champion to a guy many think is at the end of his rope all in just one years’ time. Saturday night at the First Direct Arena in Leeds, U.K., Burns starts over in the hopes that a jump to the junior welterweight division will bring him a third world championship. He faces Alexandre Lepelley (17-1-1, 3 KO’s) in his junior welterweight debut.

Burns fall from grace was all but quick, and even his promoter Eddie Hearn has questioned his ability to return to the world level. The former WBO lightweight champions slide started four fights ago when he faced undefeated Jose Gonzalez; Gonzalez dominated the first half of the bout, but appeared spent after tough seventh round that saw Burns hurt, but stand his ground and survive, then turn the fight around in the following two rounds before Gonzalez’s retirement due to an injured wrist. Burns was behind by three points on all three judges’ scorecards at the stoppage.

What followed was a highly controversial draw against NABF lightweight champ Raymundo Beltran. The result was even questioned by the fans at the Scottish Exhibition Centre after the challenger scored a knockdown and managed to break Burns’ jaw in the process. Deserving of a rematch, WBO politics wouldn’t let it happen, and Burns was forced to defend the title against American Terence Crawford; that fight would end without question or controversy as Crawford would snag the world title comfortably. Burns would fare no better three months later, losing to undefeated Dejan Zlaticani, a limited southpaw out of Montenegro that Burns himself said he “should have been punching holes” in.

Burns determined that the answer to his woes was a jump in weight, something that had been talked of years before. Now at 31 years old, he feels that he’ll be stronger without the struggle to make the lightweight limit and that mentally the pressure of making weight is relieved, which leaves his focus solely on the fight ahead. There’s also the factor of this being Burn’s first fight in three years outside of Scotland. He told heraldscotland.com, “Straight after the fight Eddie said it was time to take me away from Scotland, to take the pressure off me altogether”.

Training under Tony Sims in Essex, he’s sparred with the likes of Lenny Daws and Luke Campbell in preparation for Saturday’s bout against Frenchman Alexandre Lepelley. This is Lepelley’s first trip to the ten-rounder’s with just three eight round bouts under his belt, and he should prove little trouble for the former two division champion.

There’s more than enough quality fights for Burns to look forwards to, assuming he finds the success he craves at his new weight. The 140 pound class is deep, real deep, with fighters the caliber of Danny Garcia, Adrien Broner, and Lucas Matthysse holding court at the top of the division. A win this weekend would be good starting point, but a loss would put the final nail in Ricky Burns as a contender.

*Burns was originally scheduled to face Esteban Gonzalez, but there was a last minute change of opponent