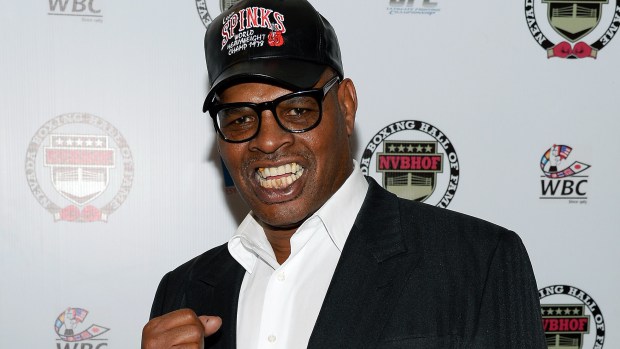 Spinks’ wife, Brenda, updated the Associated Press earlier today: “it’s going to be a long road ahead, but he’s strong and he’s starting to recover.”

Spinks upset Muhammad Ali in 1978, in only his eighth professional fight, to capture the heavyweight title, but was beaten by Ali in a rematch seven months later.

The tough former champ would settle in as a fringe contender and then journeyman later in his career, even dabbling in professional wrestling before removing himself completely from the squared circle. Spinks’ brother Michael was a former light heavyweight and heavyweight world titlist and his nephew Cory was a former welterweight and junior middleweight world champ.