Jermain Taylor has recently come back from the dead as a boxer. Despite his disturbing medical history, the lack of a decent win in over 6 years, and being out on bail after allegedly shooting his cousin recently, Taylor last weekend pulled off something of an upset when he out-pointed Sam Soliman to win the IBF version of the world middle weight title. Although Taylor deserves some credit for regaining a portion of the world middleweight championship, the fight itself exposed both men as being woefully lacking in genuine world class talent. Taylor, despite his wins, is a vastly diminished boxer, and looked just a shadow of the man who at his peak twice beat Bernard Hopkins. This is a fight, which in reality few would like to see, such is the unease around Taylor’s medical well being, and recent erratic behaviour. However, the fact remains that Taylor now has one of the world title belts and that by itself may be enough to land him a big fight against Golovkin. If Jermain can keep himself out of jail in the coming months then there is an outside chance that he may find himself face to face with Golovkin. At this point Jermain might be better off in jail, rather than taking on the GGG man. 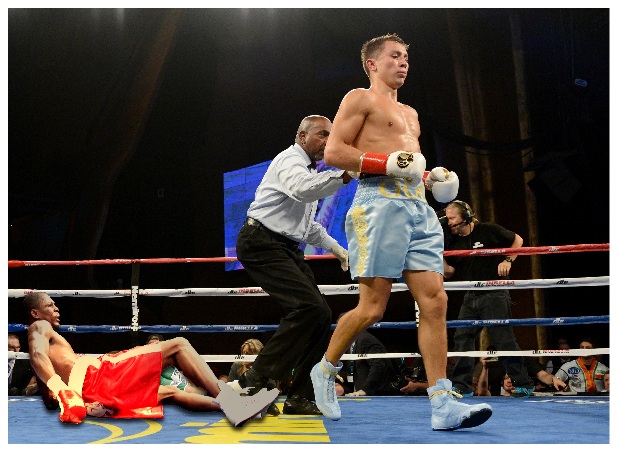 Prev2 of 11Next
Use your ← → (arrow) keys to browse
Peter Silkov