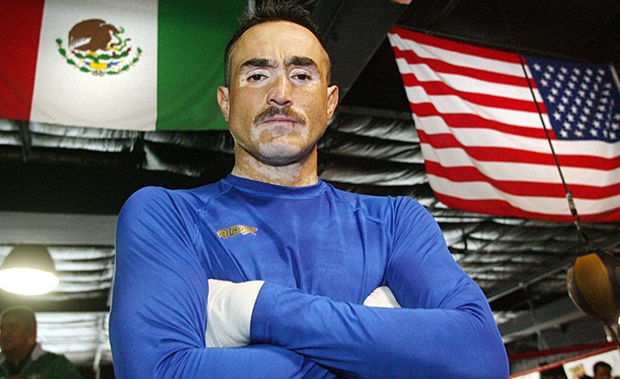 Marco Antonio Rubio was unable to make the 160-pound middleweight limit Friday afternoon at the weigh-in for Saturday’s bout with Gennady Golovkin and will, therefore, lose his WBC interim title on the scales. Should he defeat WBA middleweight champ Gennady Golvkin at the StubHub Center, both the WBC interim and WBA world titles would be declared vacant.

Meanwhile, Golovkin, who came in one pound under the limit at 159, will still be able to walk away with both belts should he win.

Rubio weighed in at 161.8 pounds and was given two hours to drop the 1.8 pounds. However, he didn’t even make the effort and, instead, forfeited the belt, the title opportunity, and reportedly paid the commission $100,000 from his $450,000 purse.

The bout will go ahead as planned.