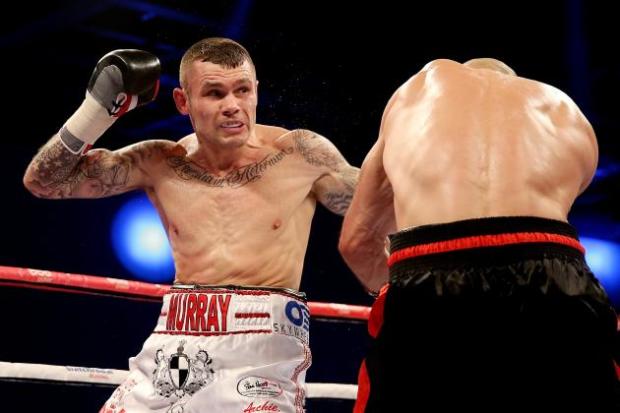 It was the worst kept secret in Monaco, but the bout between Martin Murray and Domenico Spada was little more than a prelude to a February 2015 contest between WBA middleweight champ Gennady Golovkin and the UK’s Murray.

Spada was cut early in the bout by an accidental headbutt initiated by his own head-first offense and became increasingly dirty as the fight wore on. If one had a skeptical eye, the seventh round stoppage and decision to go to the scorecards could be seen as an effort to protect Murray from the chance of a GGG fight-ruining cut. Spada was not especially bothered by the cut at the time of the stoppage, but had clearly amped up his aggression in trying to roughhouse Murray. After the stoppage, Spada would complain to everyone who would listen.

Nevertheless, Murray took the technical decision by scores of 67-66, 68-63, and 69-67. If all goes well, his next bout will be with Golovkin for his third bid at a world title.

South African Hekkie Budler (27-1, 9 KOs) made the second defense of his WBA strawweight title with a unanimous decision over China’s Xiong Zhao Zhong (24-6-1, 14 KOs). Both fighters would see the canvas in this one– Budler in the second and Zhong in the third.

Colombia’s Eleider Alvarez (16-0, 9 KOs) won the WBC silver light heavyweight title against South Africa’s Ryno Liebenberg (16-1, 11 KOs) via TKO 7 due to a cut. Liebenberg would be dropped in the sixth round and would also lose one point for an intentional headbutt.