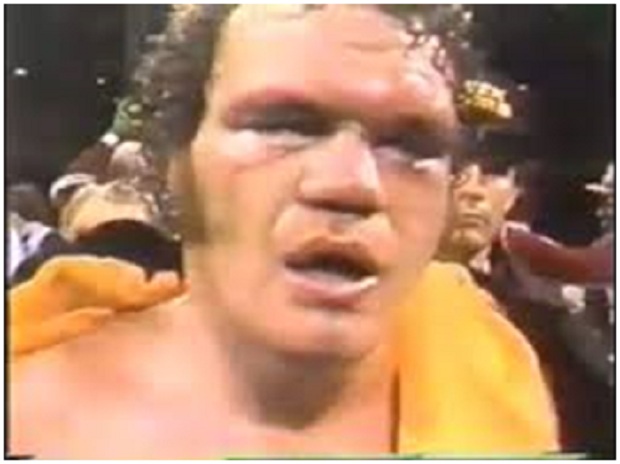 There are slaughters, beat downs, and other one-sided affairs, but I have always fancied the mugging where the perp comes flying out of the chute prepared and motivated to end things quickly and decisively, and if it’s an upset, all the better. These are not to be confused with the old Central Park types which thankfully have now dwindled to a manageable number.

Now then, Dee “Denorvell” Collier fought out of California during the 80’s and finished with a modest record of 13 – 9 . He had an iron chin and excellent power. Dee’s problem seemed to be that the level of his opposition might have been too good too quickly. Fighting guys like Buster Douglass, Monte Masters, Alex Garcia, Mark Wills and Eric Curry was not exactly cherry picking. His one KO loss was to Nigerian bomber Bash Ali who, at the time, had won 30 of his last 31 bouts (all but one by way of stoppage).

Dee’s last career fight was a UD loss to Orlin Norris for the NABF heavyweight title on August 1, 1989. He went into that fight having iced-yes iced– Monte Masters, Bobby Crabtree and Garcia over a 6-month period. He also held two prior wins over Mark Wills who himself had stopped Greg Page twice.

Collier, who once had been the California State Heavyweight Champion, was not one to be taken lightly.

“The fight with Dee Collier was completely on the up and up, and had I been advising Dee, I would have taken advantage of it at that time with an agent and television and what not. It’s too late, now” —Sharon Cobb

Which brings us back to Reseda, California on October 29, 1985 when a younger Dee met iron-chinned Tex Cobb (25-6 coming in), but having lost his last three to Eddie Greg, Michael Dokes (by TD), and Buster Douglass (MD loss). In fact, Cobb had been knocked down in the 9th for the first time in his career by the once promising 6’5” Gregg.

Despite these losses, the word was that if the heavily favored Cobb could score an impressive win, he might be in line for title bout against the heavyweight champion, Michael Spinks, or at least in the serious mix. Collier was seen as nothing more than a club fighter and Cobb was expected to score a decisive, if not early win. After all, Collier was coming off the aforementioned KO loss to Ali and a point’s loss to journeyman Mike Jameson.

At any rate, someone forgot to tell the 6’4’’ Collier who, once the bell rang, immediately used Cobb as a punching bag and knocked out the rugged Texan after a severe battering. Cobb’s legendary iron chin turned to glass in plain sight, as he became a human yo-yo and hit the deck 4 times within 2 minutes and 31 seconds of the fight. This was an old fashioned, albeit unexpected,Texas dry-gulch with Tex being the ambushee. He was in the wrong place at the wrong time and never had a chance. Dee had done something that Holmes, Shavers, and Norton could not do in 33 combined rounds.

To this day, Tex Cobb remains a great fan favorite and a virtual legend in his own time, but a guy named Collier just kind of faded away. Yet for the many who worship at the Shrine of Cobb, let there be no doubt that he had his lunch eaten in Reseda on October 29, 1985 and the guy who did the eating was a mugger named Dee Collier.