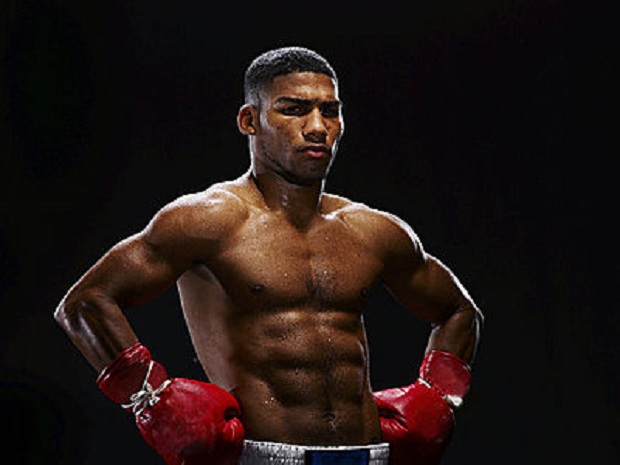 If someone were to write a textbook on how to ruin an elite-level fighter’s career over the course of three years, the collective brain trust behind Yuriorkis Gamboa would certainly be up to the task.

The talented Cuban Olympic gold medalist defected from Cuba, along with Odlanier Solis and Yan Barthelemy to make it big in the “free” world– and he certainly had every reason to believe that he would accomplish his goal.

Gifted with tremendous physical abilities, “El Ciclon de Guantánamo” was a serious world title threat before his tenth pro fight. Along the way, he garnered flattering comparisons to fighters such as Roy Jones Jr., Meldrick Taylor, and even Mike Tyson.

After just four years as a pro, he had already dominated solid names such as Rogers Mtagwa, Jonathan Victor Barros, Orlando Salido, Jorge Solis, and Daniel Ponce De Leon. He had also managed to become a two-belt world featherweight champ with a dazzling 6-0 record in world title fights.

As talk of him moving up in weight intensified, fans were already buzzing about the match-ups he may find at lightweight and junior welterweight. If there ever was someone on the right road for true stardom, it was Gamboa. HBO loved him, the fans respected him, and the media revered him as if he were untouchable.

Then, everything fell apart.

A contract dispute with his promoter, Top Rank, over fighting Brandon Rios at lightweight saw Gamboa sit out, total, about fifteen months of prime career time. His contract would eventually be bought out by rapper 50 Cent’s upstart SMS Promotions company, which would promptly keep the talented Gamboa on ice and out of the public’s eye, with only two go-nowhere fights in about twenty-four months, before pushing him into the ring to be beaten by rising lightweight star Terence Crawford in June of this year.

The then-undefeated Gamboa did as well as could be expected against a bigger, younger, fresher, and more active star on the rise and even had several stretches where he looked as though he may pull off the upset. In the end, though, Crawford was simply too much for him and would end the contest in the ninth round via TKO.

So, what do you do now with a still-talented fighter who has no belt, no TV deal, and whose name is probably worth only a fraction of what it did back in 2010-2011 when his career was sizzling hot?

The answer, at least for Team Gamboa, is to get their fighter back in the ring as soon as possible and try to start over.

On November 15, Gamboa (23-1, 16 KOs) goes to Cancun, Mexico for a bout that is more special appearance than competitive battle as part of a Cancun boxing festival, playing the role of chief support to a Cristian Mijares main event. Gamboa will face Mexican club fighter Joel Montes de Oca (18-3, 10 KOs).

It will be a chance for Gamboa to stay busy and make some pocket change while reevaluating his career trajectory.

The lightweight division, at the moment, is not exactly teaming with top notch talent, but there are some paydays available and at least a couple of titles that appear to be winnable for Gamboa.

The question is whether Gamboa has the pull and the influence anymore to get the biggest available fights at lightweight without starting from scratch. At 34, Gamboa simply can’t go back to the end of the line and hope to get where he needs to be before his skills deteriorate.

From this point forward, Gamboa needs some promotional fire behind him and he must absolutely light up the ring with brilliance every time he fights or the dream is over.

Do SMS and Gamboa have that inner resolve to re-energize “El Ciclon?” We shall see about that, but unfortunately for all of Team Gamboa, history points to “no.”