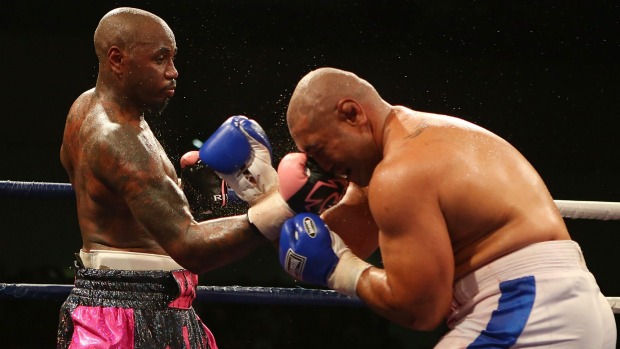 In getting the victory, Scott finishes out a 2014 that saw his reputation tarnished to a degree by a controversial first round knockout at the hands of Deontay Wilder back in March.

The 34-year-old boxer can now move into 2015 as one of the few American heavyweights with an upward career trajectory.

Meanwhile, the limited but earnest 35-year-old Leapai limps out of 2014 with an 0-2 record and the bad buzz accompanying one-sided loses to both Wladimir Klitschko and now Malik Scott.

Leapai’s skills never suggested much more than journeyman status with the plus of a puncher’s chance and that seems where his career will settle in coming months and years. Brawls with countryman Lucas Browne and New Zealand’s Joseph Parker hold promise for exciting bouts ahead in the former truck driver’s immediate future.