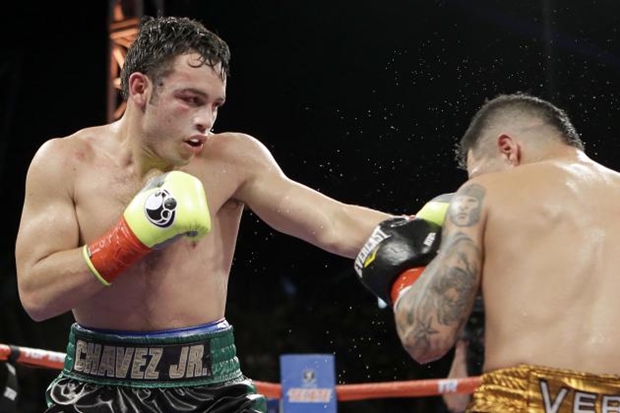 Back in April, The Boxing Tribune reported that manager/adviser Al Haymon was very much in the mix when it came to soliciting the services of former middleweight champ and second generation star, Julio Cesar Chavez Jr.

Now, nearly seven months later, the pairing has been made official via Chavez statement to the media.

No details are known about the actual arrangement between Chavez and Haymon, but back in the initial report a figure of $47 million was quoted as the promised payoff for a “multi-fight” deal.

Chavez, who brings in the key Mexican and Mexican-American demographic, has generated several of HBO’s highest-rated programs over the last few years and is widely considered one of the top five or six draws in the sport.

However, this signing just confirms the fact that a long and ugly legal battle awaits the 28-year-old Chavez as Top Rank Promotions, which has already filed a lawsuit, insists that the fighter still owes them one more bout.

Nonetheless, Chavez’s public statement, issued to Yahoo Sports earlier today, insists that his team is already looking for an opponent for him and that he’ll be returning to the ring in “early 2015.”