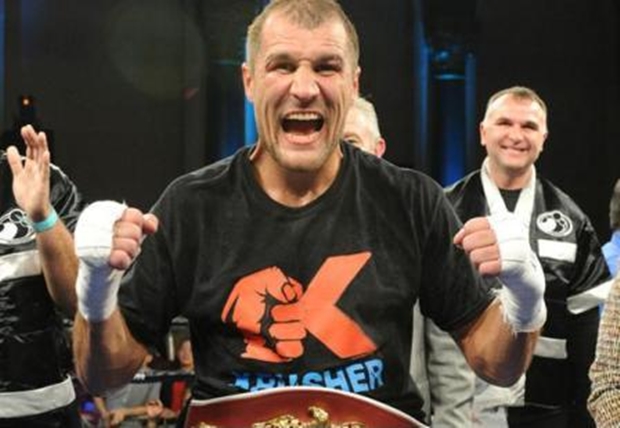 From the moment Kovalev sent Hopkins to the canvas from a right hand to the temple at the end of the first round, it would be a one-sided affair as Hopkins struggled to score any sort of offensive against an opponent who boxed intelligently and carried around two heavy, heavy hands as insurance.

Kovalev was unflappable throughout this contest, taking advantage of his height and size, while never over-investing in his offense.

As Kovalev’s game and focus never wavered, the only path to victory for Hopkins would be straight through his younger, stronger foe. And although Kovalev did show that he could be hit flush, a straight offensive push from Hopkins would’ve been suicide against an opponent who had a big edge in every physical attribute.

So, as fans at the Boardwalk Hall and on HBO waited for some sort of late fight surge from the future Hall of Famer, it wasn’t going to come. Kovalev would never let himself be dragged into deep waters.

After the bout, Hopkins offered a 50-50 on whether this would be the end for him while Kovalev looked towards the future. There’s really only one light heavyweight bout to be made at this point– Kovalev vs. WBC champ Adonis Stevenson, but politics and bad blood make that fight a difficult one to put together.

In the televised co-feature, Sadam Ali (21-0, 13 KOs) bored the hell out of the packed Boardwalk Hall for the first five rounds of his ten-round welterweight bout against Luis Carlos Abregu (36-2, 29 KOs). However, a straight right hand in the sixth round simultaneously put Abregu down and woke the audience up.

From that point forward, Ali was a little bolder with his aggression and managed to buzz the heavy-handed Argentine several times before dropping him again in the ninth round. Moments after the second knockdown, the referee would stop the contest as Abregu showed unsteady legs and Ali pressed forward. It was, perhaps, a bit early for the TKO, but it’s hard to complain too much as Abregu was clearly way behind in the fight and likely about to be sent to the canvas for the third time in the contest.