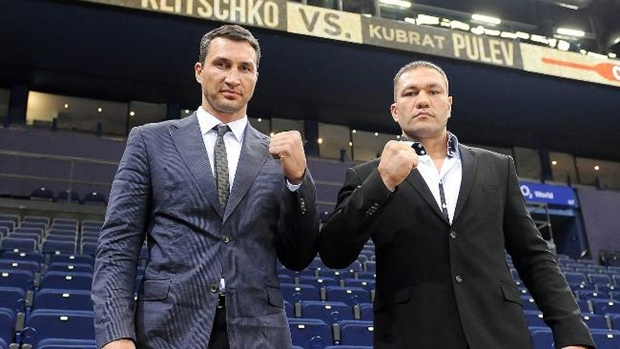 On Monday it was announced that HBO, as part of a longer term deal with the defending world heavyweight champ, will be airing the November 15 Wladimir Klitschko-Kubrat Pulev title bout from the O2 World Arena in Hamburg, Germany.

And just as that news was hitting, a bit more anger and spite was injected into the title bout as Pulev no-showed the scheduled press conference, reportedly because only three members of his team were allowed to attend.

Bulgaria’s Pulev insists that the snub was on purpose and part of the psychological warfare the defending champ has been trying to employ since this bout was signed.

“The sneaky tricks of the world champion are just the beginning…That kind of behaviour isn’t suitable for a world champion of four federations with such a huge experience and with that name. It is just not suitable.

“They try to corner us and to makes us feel uncomfortable any way possible…This is a mental game that they do not know that I am completely prepared for. I am from Bulgaria, you know.”

The IBF no. 1 contender also contends that Klitschko’s torn bicep muscle, which forced their originally scheduled September bout to be pushed back to November, was also a mental ploy to throw off his timing and preparedness.

So, while Pulev spent Monday entertaining the media in his own private press conference, WBO/IBF/WBA world champ Klitschko went along with his planned meeting with the press.

“I cannot believe it. He is ill-advised and it looks like brainwashing,” Klitschko said of Pulev’s reaction. “Somebody from his entourage is pulling his strings.”