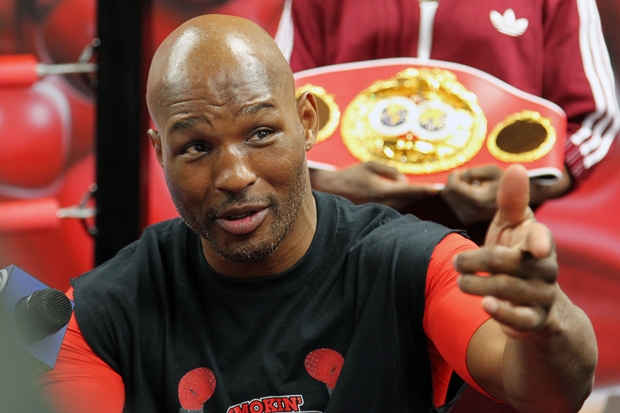 It’s hard to convince a fighter to make a graceful exit when there is still the slightest possibility of hanging on to the spotlight for just a bit longer.

It’s the curse of fighters, both big and small, but the call of the ring is hard to resist and even legends are not exempt from this reluctance to drift off into retirement.

Even Bernard Hopkins, after 26 years of stellar career and following a one-sided loss to Sergey Kovalev where he lost every round on all three judges’ scorecards, doesn’t seem at all eager to walk away.

“It will not be a freak show.” Hopkins recently said regarding the possibility of one more “farewell” fight in 2015. “I will never shortchange my dignity.”

Hopkins, who will turn 50 in January, says that his next foe will be an elite-level fighter who is “wiping everyone out” and has casually mentioned the name of Gennady Golovkin, current undefeated WBA middleweight titlist. Nothing, though, has been confirmed.

“Who will I fight? I don’t know,” Hopkins said. “But it will be somebody I will be an underdog against because I want to be the underdog.”

Hopkins has spent a lifetime beating the odds and maybe, possibly, he is capable of one or even two more surprising upsets before leaving the sport for good.

But the ultimate longshot upset would be for a prizefighter on his level and with his reputation to walk away from the ring at the right time and not carried away on a stretcher or forced from the scene via brutal beating. Bernard Hopkins has the chance to again beat the odds by walking away from twenty-six Hall of Fame years with barely a scratch on his face.

Hopefully, the old pro doesn’t fall into the old trap of “one more fight.”