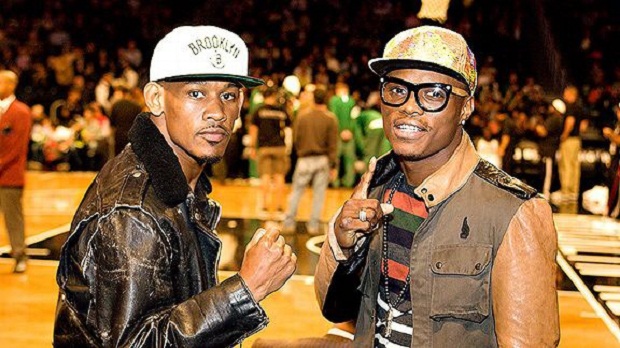 “Yeah I’m out that Brooklyn, now I’m down in Tribeca
Right next to DeNiro, but I’ll be hood forever
I’m the new Sinatra, and since I made it here
I can make it anywhere, yeah, they love me everywhere”

Just imagine, The Barcalay Center, filled to the rafters. Brooklyn born, Daniel Jacobs walking to the ring, family and friends cheering him on.

Great, marketable fight. Quillin is a household name amongst even the causal fans. His story is one that the average person could understand and admire his accomplishments.

Jacobs’ story on the other hand will leave chills running down your spine. It’s a tear-jerker with a happy ending.

Golden Boy has a win-win situation sitting on their laps.

Stylistically, who doesn’t like a match up between 2 knockout artist?

Peter Quillin was the WBO Middleweight Champion, recently vacating the title. He has a good mixture of boxing skills and power, mixed together. With a limited amateur background, Quillin may still be learning on the job, scary. He’s defeated Fernando Guerrero, Hassan N’Dam N’Jikam, Winky Wright and Craig McEwen.

The slight flaw I’ve seen recently in Quillin is his conditioning, he was fading in the Gabriel Rosado fight. Also, it’s still not clear if Golden Boy and Al Haymon are on the same page these days

Danny Jacobs was a decorated amateur, compiling a 137-17 record. He won the 2004 and 2005 national Golden Gloves tournament. As a pro, he was cruising along, winning his first 20 bouts, 17 by knockout. On July 31st, 2010, Jacobs was stopped by little known, Dmitry Pirog, losing out on the vacant WBO Middleweight Title. 8 months later, he was diagnosed with Osteosarcoma, a form of bone cancer.

Jacobs would “beat” cancer and make a successful return to the ring. He recently won the WBA Middleweight Title.

So on to the actual fight. I’m having a hard time deciding on who I would actually favor in this bout.

Quillin is a knockout puncher, but with a volume of punches, not one-punch stopping power. His resume is better but he hasn’t been active on the last 8 months. With the recent birth of his son, he vacated his title, choosing to spend time with his family and not fight. Can you question his desire after turning down a career payday of 1.4 million dollars?

Jacobs can end a match at any moment, jaw-breaking power. Yet, Quillin hasn’t shown any signs of having a glass jaw. With Jacobs’ extensive amateur background, I believe he holds the edge in technical skills. No one can actually tell if Jacobs has fully recovered from the cancer or the Pirog loss. He seems fine, his spirits seems high and everybody loves a story where the good guy succeeds in the end.

Here’s how I see it… If Quillin can build an early lead, I believe he’ll coast to a close, competitive win. However, if it’s a close, bang for your buck type of bout, I believe Jacobs stops Quillin late.

And I believe it would be a dogfight from the opening bell, giving Jacobs the edge in my book. Jacobs by late stoppage.