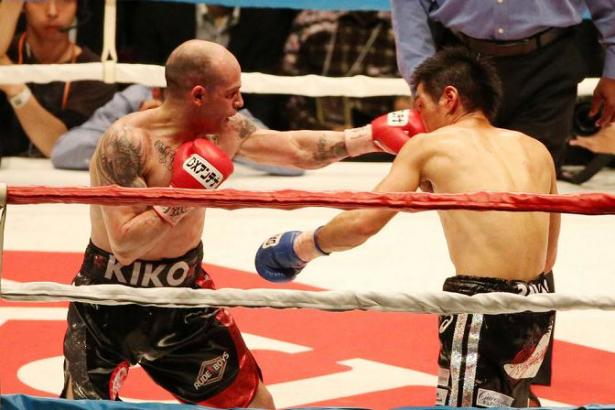 Undefeated contenders face off for the interim WBA super middleweight title. Chudinov won his last three inside the distance, and McCulloch has stopped his last eight opponents. Both fighters hold regional titles.

The 46-year-old Tarver is still clinging to what’s left of his career. The former light heavyweight and cruiserweight champ won the NABF heavyweight crown a year ago and hasn’t fought since. Banks big moment came in 2012 when he stopped prospect Seth Mitchell in two rounds, but the glory faded when he dropped a decision in the rematch. The former cruiserweight champ hasn’t fought in 18 months.

Rodriguez continues to work his way back from the Andre Ward loss, fighting for the second time this year. Findley is a stepping-stone that’s seen plenty of action against up and comers over the years.

One of several US Olympians on the card, Browne fights for the fifth time this year against Blades, who’s coming in off two knockout losses Jean Pascal and Chad Dawson.

Gausha’s also been a busy contender, fighting for the sixth time this year against a two year pro in Vila.

The first ever “Contender” winner split a pair of light middleweight world title fights with Vernon Forrest in 2008, but since then has come up empty in his biggest challenges. Johnson has won just two of his last 15 bouts. Enough said.

Wach picks up his second bout since losing to Wlad two years ago. Walker’s faced plenty of top tier opponents, but has also lost his last five.

The former IBF super bantamweight champ isn’t wasting any time getting back in the saddle after his title loss to Carl Frampton in September. Gachechiladze is a good place to start; he brings little to the table.

Campillo is a former world light heavyweight champion who hasn’t had much luck at the top level since losing to Beibut Shumenov almost five years ago. In August he stopped undefeated prospect Thomas Williams for the NABO light heavyweight crown.

Warren is three time US Olympian, slowly working his way up the ladder. Gallo comes in off three losses.

Herring is yet another US Olympic representative in action this weekend, he’ll be looking for his third straight knockout against Del Valle, who’s only been stopped twice in his nine losses.

On paper, this one looks like it should end early; both appear to be heavy handed and both have been stopped plenty, Hearns in all five of his losses and Ventura in eight of his 10 defeats.

Ortiz worked hard to get past the negativity he brought on when he quit against Marcos Maidana in 2009, but the former welterweight champ has been stopped in his last three bouts, and is now in the position of fighting on the under card of a major card. Perez makes sense as an opponent; he’s sturdy, having been stopped just once and doesn’t appear to be a dangerous puncher.

Shumenov had a good run as the world light heavyweight champion with five successful title defenses before losing to Bernard Hopkins last April. Thomas is the West Virginia State cruiserweight titleholder who’s only fought one other time outside his home state.

Lippe is the son of Tommy Morrison, making his career start on the local circuit like his father did. He turned pro in February of this year.

The undefeated lightweight prospect is a regular on Solo Boxeo Tecate cards, but still hasn’t picked up a title of any kind. El Ouazghari is a former Spanish lightweight belt holder and had been beaten by the few credible opponents he’s faced.