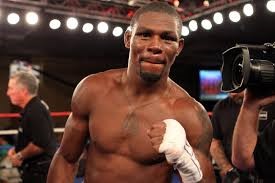 There are telltale signs in the life of a fighter that should not go unnoticed.”—Diego Morilla

“There are too many innocent victims in this case to seriously consider him one…But there are others who played key roles in the degeneration of Valero from a hungry, young prizefighter into an uncontrollable monster. They are also guilty and have blood on their hands.”—Paul Magno

Jermaine Taylor’s latest reported altercation outside of the ring in which he allegedly threw a brick through a woman’s windshield puts him squarely under the category of “flashing warning signs.” Neither parties were arrested nor charged, despite Taylor admitting to the action and the car in question sustaining damage consistent with the attack.

Other boxers have been there, but the signs were ignored. Floyd Mayweather Jr. even had to do a short stint, though that experience seemed to be the interdiction needed to stop his steering wheel from veering toward the curb. In short, the warning signs in Floyd’s case were heeded.

However, and unlike Mayweather, the warnings in the case of Edwin Valero could not be more manifest. Sadly, they were ignored.. Where was his entourage when his addiction spun him out of control? Where was his family? Why wasn’t he kept in rehab long enough to rehab him? Where were the Authorities? What happened to Valero was an incomprehensible fast moving series of events.

When the news about a fighter’s legal, personal and domestic problems begin to equal his ring exploits, that’s when things can go downhill rapidly and no one is immune

Diego Morilla nails it in his outstanding article titled “Boxing must learn from Valero case” dated April 22, 2010 in ESPN Boxing when he concludes, “Valero’s name—forever stained—will always bear a question mark next to it. And as long as we refuse to acknowledge it and fail to make the effort to find answers and solutions, the possibility of a new and similar tragedy will continue to cast its shadow upon the world of boxing.”

Nobody who saw Taylor go down in Berlin [against Abraham]- his third knockout in five fights — needed an MRI to know he should retire while he could still speak coherently.—Carmen R. Thompson (ESPN The Magazine)

“I read that Martin Luther King said, ‘A man who won’t die for something is not fit to live…I was like, dang. You know, I would die for boxing. I know that’s dumb. You’ll say, “You got your kids — your family.” I know. But still, you died fighting. Jermain Taylor is a boxer.”—Jermaine Taylor

Against heavy odds including a serious injury, Jermaine Taylor has come back.  And because the August 26 case in which Taylor pled not guilty has not yet been adjudicated, Jermaine gets the benefit of doubt, but given the latest incident (involving brick throwing), the specter emerges of where there is smoke, there must be fire.

The warnings signs are flashing