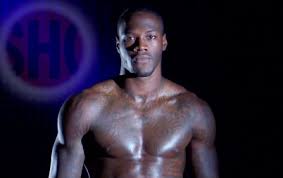 Welcome to The Southpaw, where the only tomato cans are filled with San Marzano:

Are boxing fans seriously still stupid enough to fall for puffed-up records in lieu of “who has that guy fought?” discussions? If Deontay Wilder (32-0, 32 KOs) and his legion of media pets and social-networking clowns are anything to go by, you bet your ass. He fights Bermane Stiverne (24-1-1, 21 KOs) next Saturday night, and the WBC has made this bout for the Non-Klitschko Heavyweight Championship (the WBC’s belt having been vacated by Wladimir’s older brother and not yet brought under Ukrainian dominion by Wlad himself quite yet.)

Astoundingly, according to a quick survey conducted of UK and Australian online sportsbooks taking action on the fight, Stiverne is only a 7/5 or 3/2 favorite (-145 average money line) ahead of this fight. This might be the easiest money any of you Southpaw readers have ever made (note: I have a talent for putting the stink on fighters with predictions that puts Teddy Atlas to shame).

Mind you, Stiverne hasn’t exactly fought a murderer’s row either, but he does own two wins over Chris Arreola, and in between the first and second fights, Arreola proved he’s not washed up by demolishing Seth Mitchell and only requiring a single round to do so. The big Mexican-American has four pro losses, but besides Stiverne, he’s only lost to Vitali Klitschko and Tomasz Adamek.

When you look at who Wilder’s fought, it’s the classic blueprint for puffed-up, overrated fighters. His “signature” wins were over a completely and utterly washed up Audley Harrison in 2013 (Harrison was on a “three-fight winning streak”, but those were three-round exhibitions on Prizefighter that should not be considered genuine professional boxing matches by any reasonable standard) and Malik Scott, the latter of whom was another example of big record, small threat—consider Boxrec’s admittedly unreliable but it’s what we’ve got Elo-style ratings system and consider also that under that site’s metrics, Scott had fought only two guys who could by any sane person’s standard be considered legitimate opponents for a guy with over 30 fights.

In one, Scott got a disputed draw with Vyacheslav Glazkov that he may well have won but certainly not decisively enough to make a case on the level of Mauricio Herrera (in his 2014 body of work) or Erislandy Lara (against Paul Williams). Your columnist “saw” that fight and by “saw”, I mean I’d have changed the channel or fallen asleep but I was assigned to cover it. It certainly wasn’t an endorsement of Malik Scott’s boxing ability.

In the other, Dereck Chisora (not exactly 1987 Mike Tyson) starched him.

Reason I bring this up a week ahead of the actual fight is that tomorrow night on FNF, there’s a squash masquerading as an unbeaten prospect stepping up in class. Kendal Mena is a 20-0 (11 KOs) fighter from the Dominican Republic who hasn’t fought in over a year (his last fight was December 7, 2013) and who has never fought an opponent with a pulse, much less ventured off the island to try and find opponents to give him a challenge.

This isn’t even a Wilder-type guy who got rushed through the amateurs and had his handlers decide to puff him up in the pros against a slew of nobodies and tomato cans (though not literal tomato cans; you want to see Wilder fight those, check out Southpaw #53.) This is a guy who (as I pointed out yesterday in the FNF preview) has fought one guy with a 13-13-5 record (who, it should be noted, came into that fight having gone 0-8-2 in his last ten fights, hadn’t won a fight in four years, and never fought again after that night) and 19 other guys with a combined record of 28-232-9.

Tomorrow night, he’ll be facing, for the first time in his career, a guy who is a legitimate, honest-to-gods professional boxer whose name isn’t Spanish for “Glass Joe”. Francisco Santana (21-3-1, 10 KOs) may have the punching power of Paulie Malignaggi with both of his arms broken and his ankles handcuffed (those 10 KOs came against guys only marginally more alive to begin with than the titular dead guy in Weekend at Bernie’s), but he has genuine ring experience and a recent win in his pocket over a better unbeaten prospect than Mena (Eddie Gomez, who was 16-0 against a strength of schedule of 132-65-12.)

Boxing promoters place way too much value on the O. Unless your name is Rocky Marciano (and even he may very well have been overrated by history; a certain alt-history series going on right here on this very site found a perfectly plausible means of getting the Brockton Blockbuster an L against Ezzard Charles) or, if your fan loyalties lean a certain way, Floyd Mayweather, nobody gives a toss about your loss count if you can beat the next guy in front of you. Bernard Hopkins lost his first pro fight. Without an O to worry about, he went on to be, behind Marvin Hagler and Carlos Monzon in either order, the third-best middleweight of all time and one of the great light heavyweights as well.

Big George Foreman took a 40-0 record into the Rumble in the Jungle; ask the ghosts of Ron Lyle or Joe Frazier whether having a 1 in the loss column made Big George any less of a puncher in his next two fights. Hell, Muhammad Ali himself took a 31-0 mark into the Fight of the Century, and ol’ Smokin’ Joe was 29-0 when he fought Foreman the first time. Did risking their records make any of them one tiny lick less great?

In a just and ordered universe, Bermane Stiverne beats the living crap out of Deontay Wilder, finally shattering the myth of the world-beating monster with the Emperor’s sense of fashion, and with that sorted, maybe Wilder can finally start working on being the great fighter he so clearly has the talent to be but for his gutless management team’s use of soft touches to fluff the poor kid’s ego. If Stiverne doesn’t do it, Wladimir Klitschko will, and that will be one ugly fight.

Fox Doucette writes the weekly What If series and covers ESPN Friday Night Fights for The Boxing Tribune. His weekly opinion column, The Southpaw, appears on Thursdays. Fan mail, hate mail, and death threats from Wilder’s management team can be sent to beatcap@gmail.com.