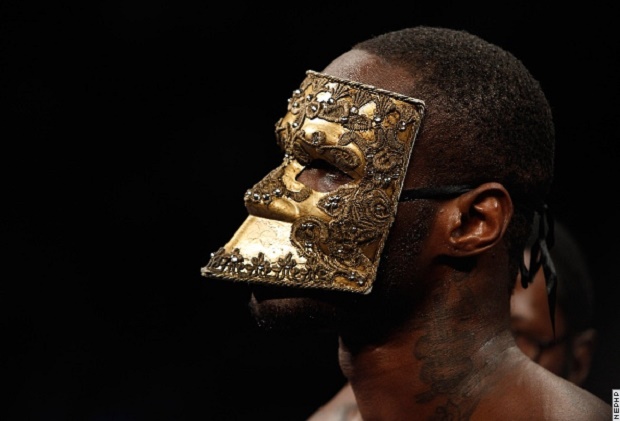 Hola familia y amigos, welcome to a roasty toasty chestnut-scented edition of Panama City’s highest grossing, most money-spinning weekly pugilistic paper, The Sunday Brunch – We are the absolute number one source for all things Walking Dead, encyclopedic culinary knowledge, No Reservations trivia and obscure scientific facts. This week we’re digging through our extensive trough of fabricated emails to bring you the most interesting frequently asked fake questions that we receive here in the Sunday Brunch news room. So, check out Dan Rafael’s new book, The Man Who Ate Everything and start backpeddling and erasing Facebook posts you made about Deontay Wilder getting knocked out, we’re about to sort through this nonsense…With that being said, I gave you your instructions in the dressing room, what I say you must obey – Cuidate, escucha me, toca los manos y buena suerte…Let’s get it on!

What did you think about last night’s heavyweight fight? Did you think the right man won? – Stermane Biverne

I absolutely think that Deontay Wilder pitched a near shutout. This wasn’t a surprise to me, though. For years I have been saying that he’ll be America’s next heavyweight champion. When you look at the fight critically, Stiverne’s experience was pretty much just Chris Arreola – all things being equal, the Mexican American is no where near the athlete that Wilder is. Stiverne also got some acclaim from beating washed up old Ray Austin – and he was losing most of that fight, anyway. He’s still a dangerous heavyweight and has that leaping hook ala Ricky Hatton, but top tier he is not.

Hello there, excellent food photos on your social media accounts. I was wondering what you thought about Bermane Stiverne’s close call with the canvas in the second round? – Ran Dafael

Thanks for the kind words, Ran. After watching the footage several times, I concluded that, while a wild and messy knockdown, it was clearly a knockdown. Tony Weeks either thought Stiverne slipped or was just in a bad position to see it, but the fact that he wasn’t clear headed enough to stand up without falling a second time should be an indication that he was wobbled badly. Bad call, but in the end it made no difference.

Can you think of a better nickname for Bermane Stiverne? – Weontay Dilder

How about Coco Beware?

Hola, Jess. Cute cat pictures…Basil Cow, is it? What did you think of Leo Santa Cruz’s performance. How do you think he will do against Rigondeaux? Viva Cuba! – Ruillermo Gigondeaux

Gracias, Basil Cow is indeed adorable. Leo Santa Cruz is a fine fighter who has a voluminous output, however, Rigondeaux’s accuracy will prove a bridge too far for him to cross and I do believe the fight would end early. Santa Cruz tends to throw wide while the Cuban would cut in between the fire.

How do you see the rest of season five of The Walking Dead playing out? – Gick Rimes

I do believe that Tyreese, Father Gabriel and Glenn or Maggie will eat it (…) this season. The second half of Season five picks up mid February and I think that Rick and Co. will be headed to Washington, despite Eugene lying about the Human Genome Project being a contingency plan he was affiliated with.

Guten Tag. I think that a fight between these two giants would make for a great event. Right now, though, Wilder’s jab, jab, one-two isn’t as honed as Wlad’s. Very similar blueprint, but Klitschko perfected the method (along with some tactical grabbing as well). Wilder would likely get halted, but there would be some tense moments when the unified champ would have to seriously ride out a heavy assault from the American before settling back into his rhythm.

The change in tides are caused by a couple of factors, but mainly the moon. As the moon orbits the earth, the gravitational force exerts a pull on the side of the earth closest to the moon and that raises the tides…

Do you ever see Floyd Mayweather signing the contract? – Packie Manniao

To be honest, I do think that this fight gets made. It’s the popular opinion of professionals that this is another 2009 scenario and we’ll never see the two most recognizable figures of the sport ever step inside a squared circle together, but I think that enough time has passed and it has ‘marinated’ long enough in the fighters’ minds, this one will go down…And soon.

Who was the best Ninja Turtle? – Ianilla Vce

Well, Donatello’s bo staff made him my clear choice in the arcades, the range kept the Foot Clan at a safe distance while simultaneously doing damage. Leonardo would be my second choice due to the deadly dual katana. Personality-wise, though, Raphael and Michelangelo were my favorites.

I have an emulsification of butter and egg yolks, it keeps breaking…Help! – Cetty Brocker

Hi there, well first things first…Using xanthan gum will help most of your emulsions to never split. If you’re making something like a hollandaise or a bearnaise sauce and it starts to break you need to add some heavy fat to help it bind back together again – Use cream. The problem you’re having is because you haven’t the base to add the fat to your yolks, so they seperate. You need to pour your butter in a slow stream to build that base, then you can incoorperate the fat faster without worry.

First time, long time. Do you think that had Deontay Wilder put on a losing performance, the judges might have seen him winning, anyway? – J.C. Ross

I see what you’re insinuating. I think that you might be on to something, though. Considering who was organizing the event, who the house fighters were and the monies involved…I will just say that it certainly wouldn’t be the first time that some backroom shenanigans changed the outcome of major bouts. Luckily, the judges official score cards weren’t too far off the mark Saturday night.

Thanks for joining us again this week. We will be back next time with more catch phrases, dangling participles and randomly configured sentences. We’ll have food techniques and methodology. You can count on tips, tricks and codes for the Nintendo Entertainment System™ and we will possibly round out the proceedings with some boxing talk. Send all mail to JESSEBOXINGTRIBUNE@GMAIL.COM or add us on Twitter to get a follow back then delete us @JESSEBOXING or ‘friend’ us on Facebook at Jesse Ian Lardies. Until next time, sante!