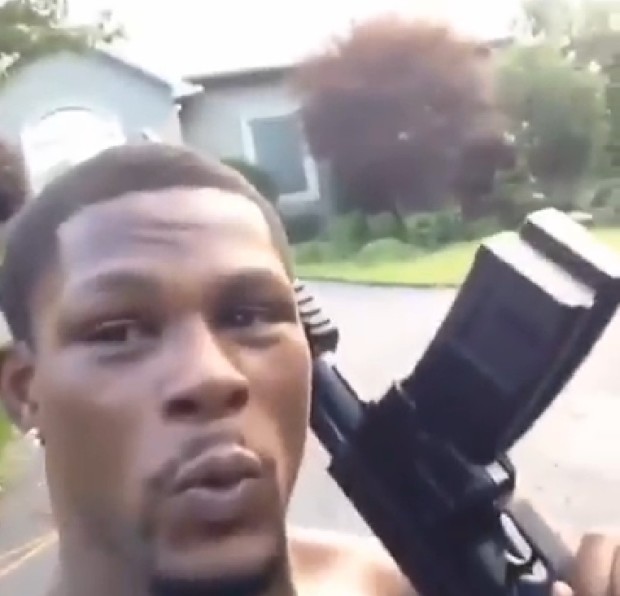 IBF middleweight champ Jermain Taylor is behind bars today in his home state of Arkansas, charged with aggravated assault, battery, possession of marijuana, and endangering the welfare of a minor due to an incident on Monday at the Little Rock Martin Luther King Jr. parade where the fighter allegedly fired shots at a man and pointed his gun at the man’s wife and children. Taylor’s arrest showed him to also be in possession of a small amount of marijuana.

Taylor was then released on bond until local authorities realized that his arrest was in violation of the conditions of a prior bond from separate charges last year. His bond was immediately revoked and Taylor was given 24 hours to turn himself over to authorities.

The 36-year-old fighter would post two bizarre Facebook videos Tuesday evening– one complaining about the children having no candy at the MLK Day parade– before deleting them and turning himself in Wednesday afternoon.