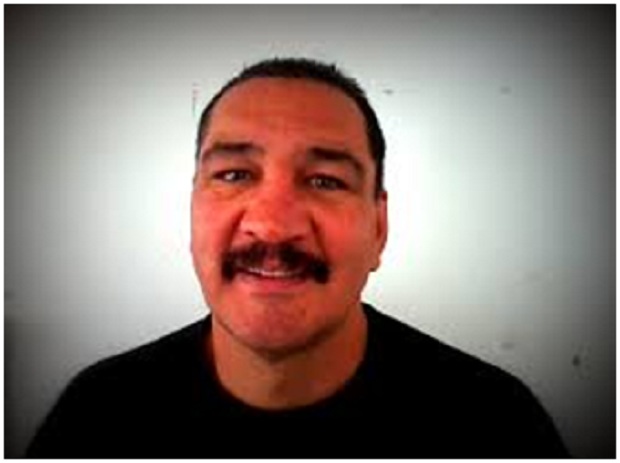 “The fight was televised live nationally on USA Cable, and La Mancha employees said their switchboard was deluged with telephone calls in protest of Yanez’s handling of the fight.”—From Times Wire Services dated November 7, 1990.

“Referee Roger Yanez, apparently on a lunch break, didn’t intervene and it looked like Benton had been killed. He slumped face first into the canvas and that prompted Yanez to react. He began counting. The fight was over and Garcia had a devastating knockout that got a lot of play because of the horrible officiating and the overall brutality of it.”—Geno McGahee (Ringside Report)

Highly touted Mexican-American Alex “The San Fernando Hammer” García In 1990, Garcia fought Bernard “Bull” Benton in Phoenix; Benton was 18-5-1 at the time in Phoenix, AZ. Garcia was 17-1. The referee was Roger Yanez. Though he was coming off a one-round blowout at the hands of Pierre Coetzer in South Africa, The Bull, a former WBA cruiserweight champion, was a tough cookie, He had beaten Coetzer three years earlier and also held wins over Monte Masters (29-1), Ricky Parkey (13-2), and Alfonzo Ratliff (for the WBC cruiserweight title in 1985). He lost razor thin decisions to Carlos De Leon (39-4) and Boone Pultz (10-0) and was considered anything but a pushover against the heavy-handed Garcia. Benton’s career would be relatively short, but he was competitive at the highest level.

A San Fernando native, and former gang member, Garcia served five years in San Quentin State Prison for stabbing a rival gang member and was more than familiar with how to initiate and sustain a sudden assault. The Hammer was 32-1 when he was TKO’d by limited Mike Dixon in 1993 in what was a huge upset. Though avenging this loss, García never was a serious contender again

In the second round, Garcia used his sharp jab to keep an incoming Bull at bay. After two nice body shots, the Hammer stunned the Bull with a left hook and then rocked him with a right cross. The slaughter was on. A furious onslaught of between 35 and 40 unanswered shots was launched. Many landed while Benton was out on his feet but pinned in a corner. Some landed with full force, some landed low. The protracted mugging included left hooks, right crosses, uppercuts, and hard stuff to the body and groin. Garcia threw everything but the stool at the poor Bull. Announcers Al Albert and Sean O’Grady were shouting for the fight to be stopped as Benton’s head was snapping back violently. Then, as Benton fell face down on the canvas totally unconscious, Yanez had the audacity to begin the count before realizing he could have counted to 1,000 as the crowd unloaded on him with boos. It was terrifying to witness.

Later, the spin was that the referee was out of position to make a make a timely decision; but the reality was that the he was on Mars.

According to a November 7 report in the LA Times titled “Arizona Criticized Referee,” referee Yanez was not allowed to work anymore bouts the rest of 1990—a whole two months. Buzz Alston, commissioner of the Arizona State Boxing Commission, said the decision was made after a review of Yanez’s performance during the Garcia-Benton fight October 9 at the La Mancha Athletic Club in Phoenix.

Here is the YouTube and be forewarned. You should be over seventeen to watch: http://www.youtube.com/watch?v=0wcuwbw71pw.