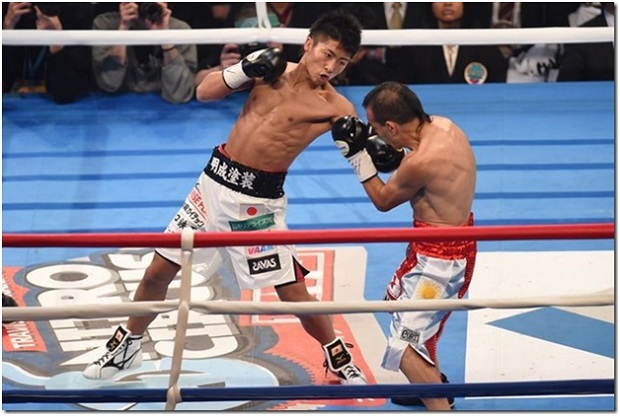 “Beloved in the Peoples’ Republic of China and an incredible talent, Zou [Shiming] has earned his right to fight for a professional world championship belt,”—Bob Arum

“I really want to win the world title and bring it back to China, It would be the first time a Chinese fighter won Olympic gold and a world championship belt as a professional. No one has ever done that.”I want to make my country proud and advance the sport of boxing throughout China. I am ready for my date with destiny.”–Zou Shiming

After winning three World Championships and two Olympic gold medals as an amateur, Zou Shiming, in only his seventh professional fight and 23 months removed from his professional debut, will be challenging undefeated International Boxing Federation (IBF) flyweight world champion Amnat Ruenroeng. on March 7, at The Venetian Macao’s Cotai Arena.

Credit should be given to Shiming (6-0) for taking on a tough customer like the rugged and undefeated Ruenroeng from Thailand.

“Making the Zou-Ruenroeng fight even more intriguing is the history these two warriors already have with each other. Their amateur trilogy began with Ruenroeng winning their first battle — as a late substitute called up by the Thailand amateur team — at the 2007 King’s Cup, which was also Ruenroeng’s first international competition. Zou won the next two times they fought, including a reverse in their semi-final of the 2010 Asian Games that could have gone either way — and did. Now that they are professionals, the stakes are much higher and their simmering rivalry is set to become a roiling boil.” (HBO)

The first reactions likely will be that the feather-fisted Shming will win this one handily; particularly with Freddie Roach in his corner, but that could be a bad miscalculation by the hoards of gamblers in Maua. Ruenroeng (14-0) beat a severe drug addiction and endured three prison terms, Like many, he saw the light through a prison boxing program that saw him become a national amateur champion.. He also was a bronze medalist at the 2007 World Amateur Championships in Chicago and a member of Thailand’s 2008 Olympic team,

Now get this, his first title defense was against unbeaten two-division world champion Kazuto Ioka, in Ioka’s hometown of Oska, Japan no less. Ioka is one of Japan’s bright lights so this win was huge.

Freddie Roach, as is his wont, disparages the Thai’s style. He may regret that because if ever there was a live dog, it’s Amnat Ruenroeng.