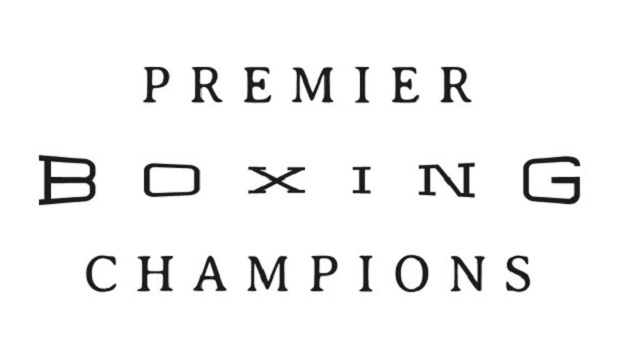 If there was ever one thing all of us in the boxing “media” agreed upon, it was that we ALL wanted the sport we love back on free network TV. It was a must– said everyone– if we’re ever to grow out of the niche sport category.

Now, our dreams are reality– and some of us are bitching?

Excuse me if I flash my WTF face at the dusty, grungy laptop screen.

I know, I know…It’s because Al Haymon’s at the helm of this expansion and Haymon’s like all Skeletor-evil. This devious scoundrel is willing to spend a $200 million war chest of investor money and dedicate years of his time to building a product that is inherently inferior so he can kill boxing because, well, he’s evil.

The thing is, though, who else was ever going to get us to the promised land of network TV?

Arum and De la Hoya, whenever they get beyond the guaranteed money shoveled into their pockets by premium cable, fail miserably at putting together a show even worthy of third-tier cable TV. Main Events had their foot in the network door, but blew it because mildly entertaining scraps between Bulgarian boat people will only take you so far in your quest for crossover appeal. Were Shaw or Goossen or King trying to bring in new fans?

The thing is– Nobody in charge of promoting boxing has actually been promoting.

Sure, they’d make token efforts to create a buzz among fans for certain fighters or events. But has any one of them ever even tried to attract new fans to the sport? Think about it. These guys are piss-poor promoters when it comes to the primary objective of actual promotion. I doubt any of them would even be able to hold a gig as a nightclub promoter with their myopic view of the business and quick-cash mentality.

Yes, Al Haymon has LOTS of baggage and has done some shady stuff. “He violates the Muhammad Ali Act!” the critics cry, as if Arum, De la Hoya, and just about everyone else with some degree of power in the sport hasn’t. Sorry to harsh your buzz, do-gooders, but the Ali Act is about as respected in the industry as a “No Sexo” sign in a Tijuana rub & tug massage parlor.

Don’t get me wrong, I’m not advocating a hands-off policy toward all things Haymon. It’s fair game to doubt the feasibility of Haymon’s Premier Boxing Champions (PBC) project and to question what the future may hold for an old sport being rattled to its core by a new business model. And, of course, it’s more than reasonable to criticize the quality of the product, itself.

What’s unfair, though, is the partisan angst and vitriol on display from some media people and fans since day one. By the close of round one of Broner-Molina last Saturday night, you could already feel the negativity…”This is going to save boxing?” Social media was littered with so-called supporters of the sport just itching to say snarky things and bring the “uppity” boxing project back down to Earth.

I get a feeling that a lot of these guys trying to rip apart the PBC project before it really even starts are the guys who want to keep boxing a small, cool private club where they can “slum” after their office jobs.

Or they are flat-out shills for the old guard, just looking to protect their meal tickets.

Haymon doesn’t deal with the media and his company has been aloof with the boxing media throughout this new project. There is no “one hand washes the other” mentality over at Haymon Boxing and you can forget about paid Caribbean sightseeing junkets for “select” media members or airfare “deals” to cover fights in faraway places.

Boo to Haymon for taking away the swag and the paid holidays where wretched media slobs can rub elbows with other wretched media slobs. You can’t even get a plate of free brownies at the press conference these days because you’re probably not invited. A lot of this could be due to the utterly brutal treatment Haymon has received from the media in the past as an adviser/manager committing the unspeakable sin of putting more money and power into the hands of the fighters at the expense of the old boy’s club.

It makes absolute sense that Haymon would want to distance himself from the cronies, shills, and panhandlers that make up the bulk of the boxing media. I follow the same philosophy when it comes to most of my “colleagues.”

Whatever the reason for the negativity, though, there was plenty of it over the weekend among those who regularly profess their great love for the sport.

Maybe you don’t like some of the changes made to the old way of doing things. Personally, I didn’t like the bare bones ring walks or some of the production aspects of the broadcast. I also had issues with the performances of Adrien Broner and John Molina in the TV opener (Read more HERE). Business-wise, there are also some question marks that pop up when assessing the long-term viability of the PBC product.

But, love or hate Haymon, there was nobody– not a single soul– in boxing’s existing power structure willing to invest into the sport’s growth. The alternative to a Haymon world is one where the boxing fan base in the U.S. continues to shrink and the entire sport remains dependent on the whims of two premium cable companies.

As someone making a living from the sport and one interested in real change, I hope we get a massive wave of new fans from PBC and, with them, an influx of fresh voices and new ideas. The key to all boxing reform is in bringing more legit money into the sport. I will criticize Haymon and crew when necessary, but how could you NOT support the idea of trying to get boxing back to the mainstream? This is what we ALL said we wanted…Now, it’s here…