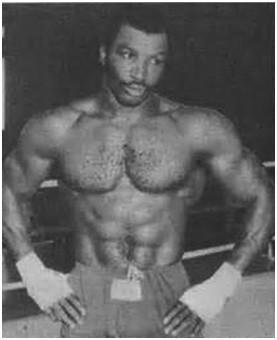 In November 1984, I watched in amazement as the “Fighting Schoolteacher,” Tony Anthony (16-2) out of Detroit, take out heavy handed Mike “Hercules” Weaver with a crunching left hook. A stunned Weaver sagged to the canvas. The shocking ending came in a fight at the Riviera Hotel & Casino in Las Vegas. Hercules was done. But so was The Schoolteacher as he had perpetrated an illegal ring mugging (no oxymoron).

Anthony had run across the ring after the bell sounded ending round one and inexplicably struck the unsuspecting Weaver. Poor Mike had done nothing to deserve it. School ended early for Tony as he was summarily DQd. I remember laughing my head off as Tony tried to explain that he did not hear the bell

This would be a precursor to what the “Harlem Hammer,” James Butler, would do to Richard Grant at the Roseland Ballroom in, New York City in 2001. However, that one was far more premeditated and dangerous and was itself a precursor to a subsequent and unimaginable tragedy also involving Butler that I would just as soon forget.

Tony Anthony went on to beat undefeated Eddie Richardson in his next bout and finished 18-5. The inconsistent but exciting Weaver, a chill-or-be-chilled type, ended up with a deceptive 41-18-1. His fine career was defined by his surprisingly game effort against Larry Holmes in 1979, and his dramatic 15th round KO of Big John Tate to win the WBA heavyweight title in 1980. That same year, Weaver travelled to Sun City in South Africa and TKOd Gerrie Coetzee, aka “The Bionic Hand,” on his home turf. As a concession to trivia, the referee in the Tate-Weaver bout was none other than Ernesto Magana who later refereed the Roberto Duran vs. Davey Moore title fight at Madison Square Garden in 1983 when an aroused Duran beat Moore. Magana suffered decision paralysis in that one, allowing the fight to become a slaughter. To round out this string of memories, Luis Resto used lethal weapons to mug and blind Irish Billy Collins Jr. on the undercard in another “illegal ring mugging.”