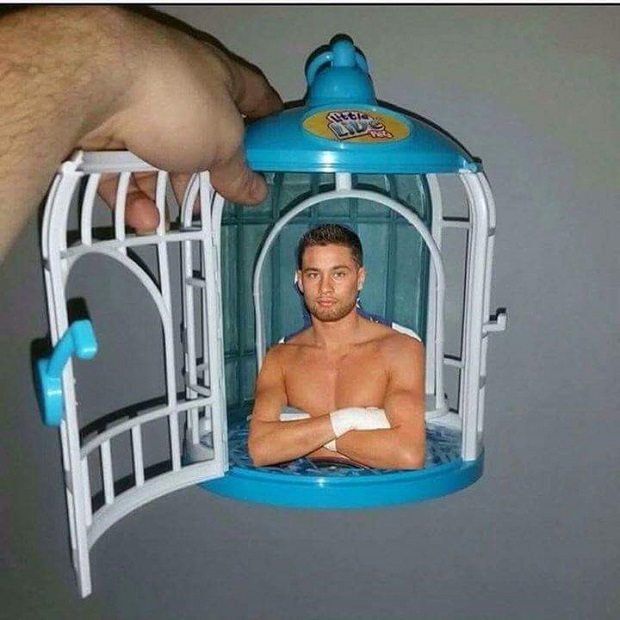 Hola familia y amigos, welcome to a crisp and refreshing Long Island ice tea flavored edition of Panama City’s highest rated, most money-spinning proper pugilistic paper, The Sunday Brunch – We are the people who drop a really offensive and disrespectful Bill Cosby meme right in the middle of a heartfelt Facebook post of yours. This week we received an overwhelming amount of fake emails about various topics swirling around the boxing landscape, including Chris Algieri’s performance against Amir Khan, Manny Pacquaio’s future and more. So, whip up some Yorkshire pudding and have a tall glass of itlog na pula juice, we’re about to sort through this nonsense. With that being said, I gave you your instructions in the dressing room; what I say you must obey – Cuidate, escucha mi, toca los manos y buena suerte…Let’s get it on!

Hey, Jesse. Great cat and food pictures on your social media accounts! What did you think about Chris Algieri’s recent effort against Amir Khan? – Ahris Calgieri

Thanks for writing in. I was actually quite impressed by the way that Chris Algieri was fighting Amir Khan. He lost, but he made Khan fight his fight for some time and landed most of the better punches throughout the bout. He took a drastically different approach to boxing then what we have seen from him before and that can be directly credited to his new trainer, John David Jackson (either that, or it’s all the avocados, sprouts and lean meats he eats).

With this new addition to his team, Chris Algieri transformed from a guy who was always fighting off the back foot with light and largely ineffective offense to a calculated, combat-minded entertaining boxer/puncher. Now Chris Algieri cuts the ring off, throws with impressive authority and has intelligent defense. I’m looking forward to seeing him in the ring again, hopefully against someone like Marcos Maidana or Tim Bradley.

Zdrastuyte. About British heavyweight Anthony Joshua, how can he ever beat great world champion Wladimir Klitschko? He will be crushed under iron fist…if he dies, he dies! – Kladimir Wlitschko

Easy there, comrade. Anthony Joshua is gradually amping up his opposition and from his two round annihilation of Kevin “Kingpin” Johnson this weekend, he looks to be ready for the step-up in competition. Joshua has a great non-telegraphing jab and possesses devastating power in both hands. At 6′ 6″, he is physically as imposing as anyone in the game and I think that I’d have trouble picking a winner if he faced David Haye or Deontay WIlder.

As for the world heavyweight champion, Wladimir Klitschko, his experience would likely be the deciding factor if Anthony Joshua ever is granted the opportunity to fight him. At this moment, Joshua seems to smother his own punches on the inside a bit instead of taking a step back to give himself punching room. It’s an easily correctable issue that really isn’t an issue at all at this level.

Hey Jesse! I always start my Sundays with with your Sunday Brunch. I loveeeee food! What happens to Manny Pacquiao in his next fight? Who will he face! – Ran Dafael

Thanks for taking the time to write in again, Ran. As Manny Pacquiao’s shoulder “heals” and people slowly forget (or forget on purpose) Manny’s request for a shot of Toradol ahead of the Floyd Mayweather fight (the details of which can be found HERE, HERE and HERE), the topic of who’s next for the Filipino icon has been coming up a lot lately.

I’d like to see Manny in against some guys who have styles he looks good against. More guys like Brandon Rios or even Marcos Maidana. Fights with Shawn Porter or Amir Khan could be big, entertaining matches for the Pacman at this point in his career. Of course, there’s always the potential rematch with Floyd Mayweather. This is what will likely transpire for Manny Pacquiao if he does heal in time for September.

Thanks for joining us again this week, we’ll be back next time with more dangling participles, run-on sentences and poorly contrived catch phrases. We will have tips, tricks and codes for the Nintendo Entertainment System, recipes, kitchen hacks and if there’s time, perhaps some boxing chit chat. Send all penis enlargement advertisements to JESSEBOXINGTRIBUNE@GMAIL.COM or follow us on Twitter @JESSEBOXING. Until next time, sante.