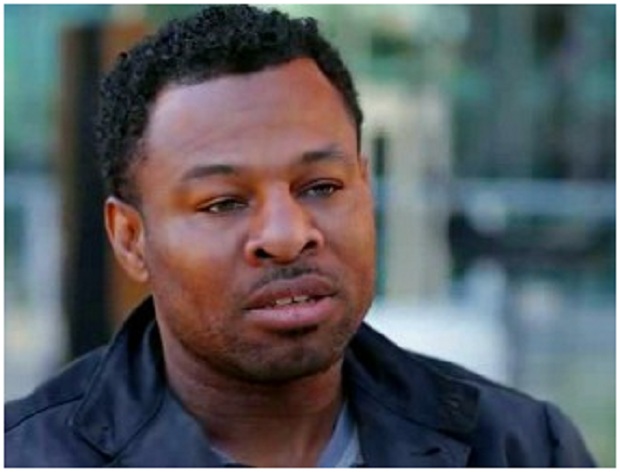 From the sublime to the ridiculous, Bizarre Examples continue to insult our collective intelligence, taint modern boxing, and take things to a new low..

Lucas Browne: “I thought this was a good place to think about Tyson Fury, sat on the toilet doing a sh**. Hi Tyson, how are you mate?”

Peter Fury: “We asked about the possibility of Hughie fighting Klitschko’s coach Banks first of all, but if we can get Vitali out of retirement then that’s even better for us.”

Joe Calzaghe: Re Froch, “I have two words – speed kills.”

Adrien Broner: Recalls When He Caught “Crabs for the First Time. “I would be scratching my balls all night … I swear to god, on everything,… I wouldn’t Facebook poke this bitch.” https://www.youtube.com/watch?v=VHN2BHZiYL4

Teddy Atlas: “I think there’s something deep inside that’s unsure of him [Broner] and what he does is, he leaves open a side door; an escape route where people will say ‘ah if he loses it’s because he didn’t care enough, it’s because he wasn’t dedicated enough.’” Atlas said to Thaboxingvoice.com. “When really it’s because he’s too insecure to go out there and put it all on the line and find out how damn good he could really be.”
**************
Karim Mayfield: “I’ve been in the ring with everyone. I soundly beat Herrera; I whooped Pacquiao and Khan in sparring. Shawn Porter refused to step in the ring when he had the choice to fight me or Erick Bone with only one day notice. A lot of fighters have ducked me because I’m a serious threat to anyone.”

Dan Birmingham:”… if he [Thurman] blasts out Collazo, looks stellar, a buzz would be there to see this young gun test ole Floyd. But who am I to say…Al Haymon, is “the best guy in the business.” “Keith has the goods to give Floyd Mayweather his toughest fight…But time drags on and that favors Keith. Floyd is getting older. But you got to give it to Floyd, he’s the best.”

Floyd Mayweather Jr: “50 I know this your party, but these girls want me”

50 Cent: “…you are the best fighter in the world, and you blowing a bank roll champ. LMAO you fuking right they want you we in a strip club”

Michael Woods (aka Woodsy): “I was told by a connected guy, who heard it from a friend that Floyd is working on extending his Showtime deal, for fights No. 50 and No. 51, and is also working on an extension of terms with the MGM.”
**************
Antonio Tarver: “I can beat Klitschko.”

Ricardo Mayorga: “Now all the boxeo fan know {sic} who REAL Mayorga es. After we KO en dos, we make his [Sugar Shane Mosley} puta give us a massage and we drink beer”

Mosley: “…He got real quiet when he saw me. He don’t want these hands”.

Hank Lundy:”“This is going to be a whipping…I can’t say too much because I don’t want to scare you.”

Julio Ceasar Chavez, Jr.: “For me, I’d like to fight Ward, Golovkin or in a lesser way Canelo.”

Nacho Beristain: “I think the problem is the son of the legend and not the trainer. The problem is that maybe he doesn’t like to train. He was training with his aunts and uncles who are boxing people that have all of the enthusiasm in the world. He’s changing his trainer all the time and that is very damaging to the fighter,”

Sergey Kovalev: “… Andre Ward Bring Your Chicken Butt Over Here to Be Knocked Out by Sergey”