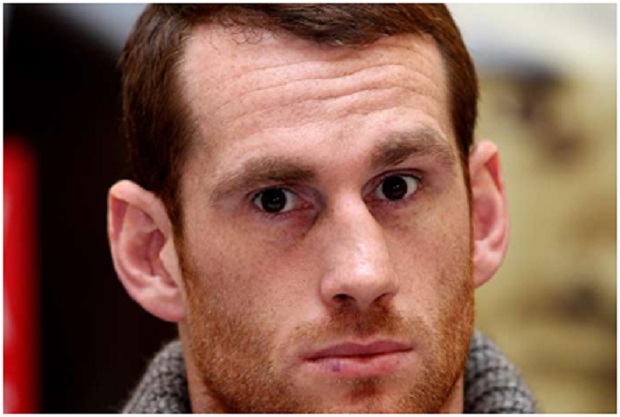 Outrageous comments and bizarre events continue to dot the boxing landscape as they take things beneath any level of normalcy– but they do provide for some high camp humor.

Chris Arreola: “Excitement. That’s the one thing I bring in every fight, and that’s excitement. I don’t stop, I keep on coming. I love fighting. I love getting hit but I love hitting even more, man.”

Arreola: “…I’ll be honest with you, I don’t deserve Deontay Wilder right now. I’ve got to put on a good performance and this was sh*t, honestly.

Julio Ceasar Chavez Jr.: “I feel more comfortable in the ring and I feel like I have the right tools to win this fight on Saturday. NOTE: Chavez Jr. did not make the contracted weight limit and the fighters have agreed to fight at the above official weights.

Floyd Mayweather, Sr.: “Floyd told me he just wants to get a couple of easy fights. My honest opinion? If he feels that way, he should get out of the game.”

Kelsey McCarson: Mayweather’s career is a case study in careful management, unfulfilled potential and the tragic meanderings of a fighter who never really believed in himself enough to see how good he could be.

Sergey Kovalev: “I don’t want to speak about Pascal because he does not
deserve to get attention. He lost my respect for him even before the fight…I cannot respect even his team. He is piece of shit. Same as Stevenson. I think all fighters make terrible fighters in Canada.”

James Toney: “…I’m in shape … unless a fighter out there can knock me out then I don’t want to hear anything from anybody. I do this for me, my family, and my real fans… and until one man can stop me I’m going to keep going until I feel like stopping!”
**************
Tyson Fury: “If I can’t beat Wladimir… I won’t carry on, as I won’t be as good as I thought, bum city,”

Carl Froch: “Just swerve Golovkin like the plague…He punches like a mule. You don’t need to be in there with him, a dangerous fight.”

George Groves: We [Froch and Groves] don’t need to be friends – I’ve got friends,”

Rachel Cordingly: “After such a long wait it’s really good to have our sex life back to normal and to have that closeness again, to be able to have sex like a normal young couple,…The sex ban is so hard for me – but Carl [Froch] tells me he isn’t that bothered because he’s exhausted and it’s the last thing on his mind,”

Kell Brook: “I Believe I Can Beat Floyd Mayweather.”

Dillian Whyte: I Want To Rip Anthony Joshua’s Head Off!

Scott Quigg: “i do believe I’m the best in the world. “

David Price: “I’ll tell you now, he (Terper) has never been in the ring with anyone who can punch like me, who can move like me, and with my ability. I’m not messing around anymore. I’m coming with bad intentions.”

Kalle Sauerland: “He’s OK. Congrats to Teper. Gutted for Pricey,”
Price: ‘I will have to have a long think about the future. Talk with all my people and the family, but it is too early to come to a proper decision at this moment.’

Fury: “You [David Price] my friend are a legend.”