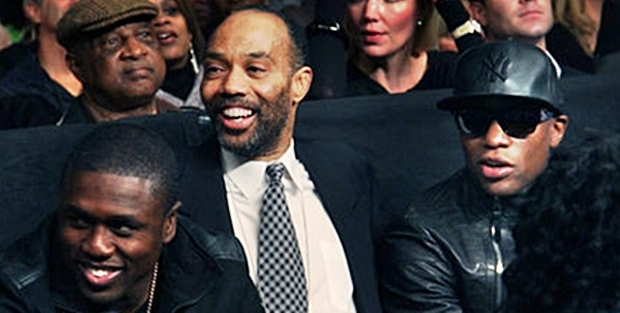 Let’s have a show of hands from all of those who expected non-stop high-end PPV-level showdowns from the Premier Boxing Champions (PBC) series? Okay, all of those with your hands raised…you are retarded (or whatever politically correct word people use these days for “retarded.”)

Remember, the PBC project is about growing the fan base and bringing in new viewers, not about making the jaded hardcore fans cream their jeans.

What good can be had by booking Keith Thurman vs. Amir Khan and Adonis Stevenson vs. Artur Beterbiev on the same card, early on in the series? Yes, they are two outstanding fights and those fans who tune in will be entertained. But then what? The longtime loyal fans care who these people are and care about the match-ups, but to the vast majority of the sporting world, they mean nothing– and these fighters will continue to mean nothing as they fumble, post-fight, through a landscape devoid of realistic challenges.

The purpose of the PBC is to introduce the mainstream to these fighters, their personalities, and their specific abilities. The idea is to turn as many of these athletes as possible into stars and then build towards bigger and bigger bouts as the series progresses.

In that sense, yes, these bouts, at least in the early stages of PBC, have to be showcases to a degree (and the idea of well-made, competitive-on-paper bouts serving as showcases is not necessarily an oxymoron). The fans have to care before they can be sold on the importance of a bout. If we’re two years into the PBC project and Haymon & Co. are still showcasing their top talent, then there’s a problem. Right now, though, not only are showcases to be expected, but they are absolutely essential to the success of the project.

For the life of me, I’ll never understand why fans are rooting against the PBC.

I understand the venom from scribes who have suckled up to HBO’s corporate teet and now blast the PBC in exchange for writing gigs on the network’s vanity site or do-nothing “consulting” jobs. I understand the focused fire-bombing from media members who have based their entire monetary well-being on kick-backs and indirect sponsorships from old guard promoters and managers.

But why would the fans be rooting against Showtime-level cards on network TV and the introduction of boxing on Spike TV and Bounce TV?

Somehow, the “for sale” segment of the media has convinced a sizable chunk of the fanbase to root against the sport’s (and their own) best interests. It really makes no sense from a consumer standpoint. Like ignoring your neighborhood supermarket in favor of grocery shopping at a price-gouging 7-Eleven in the tourist section of town. Making boxing less accessible and more expensive makes about as much sense as paying $2.50 for a $1.25 bottle of orange juice.

You don’t have to like Haymon, his fighters, his business strategies, or anything about his enterprise, but having boxing available to so many more people will always be a good thing. The PBC bouts have not been a series of awful mismatches as the media shills loudly claim. Many of the PBC bouts would’ve been on Showtime had the network deals not emerged; Many would simply have never been made at all. Even if you hate every single match-up offered by the PBC series, it’s not like any of these bouts took anything away from what normally may have been available.

Having more eyeballs focused on boxing is a good thing. Actually, it could be the reason HBO has had an uptick in its own TV ratings this year, despite featuring several blatant mismatches as main stage features.

Where PBC tends to fall short is in the area of matchmaking– at least when it comes to creating mouthwatering action fights on paper to appease the hardcore fans.

Thurman-Collazo was a good match-up for both fighters in the here and now, but anyone who knew the sport knew that, stylistically, the pairing wasn’t likely to produce fireworks. Actually, it was a bit of a lose-lose for Keith Thurman, who the PBC big shots are trying to push as the next big thing. It was going to be hard to look good against a veteran spoiler like Collazo and, even in victory, Thurman’s star was not likely to ascend unless he could somehow manage to steamroll the wily New York veteran– a feat yet to be accomplished in Collazo’s fifteen year pro career.

It’s clear that Al Haymon has disdain or, at the very least, disregard for the old guard of the sport and many of its conventions. He takes a shellacking in the area of public relations because of this sensibility. But if he wants to stop the hardcore fans from working to bring down the project from the inside, he needs to appease them to a degree. And, so, he desperately needs to get a real boxing populist aboard who can guide the PBC braintrust into making smarter matchmaking decisions and better PR moves.

We all see how easy it is to manipulate the fans and media into buying whatever hustle is being peddled. It’s time for Haymon and the PBC to stop conceding the ground battles in this campaign and go down in the trenches to fight the war for public relations glory.

Will Floyd Mayweather fight Andre Berto September 12 on CBS in the grandest of all PBC main events? Reports are fuzzy and/or flat-out contradictory, despite TMZ’s claim last week that the bout was a done deal.

I don’t like the Mayweather-Berto pairing, but it’s hard to begrudge Mayweather’s right to choose an “Algieri” after notching his biggest career win (to the acclaim of nobody who promised to give him acclaim should he do so).

Of Mayweather’s last thirteen bouts, eight have been against fighters Mayweather was said to be “ducking” at some point. And you’d have to go back to January of 2005 before you could find him fighting anyone outside of the Top 4 in their division.

It’s time that the critics just ‘fess up and admit that their persistent ragging on the resume and legacy of Mayweather is an issue of personality with, perhaps, a hefty undertone of “uppity” escaped slave-bashing.

Mayweather has bucked the system repeatedly and as retirement approaches, it looks like the comeuppance his critics have lusted after will not be happening (at least not in the ring).

So, as desperation sets in, unreasonable hurdles get tossed in front of Mayweather. If Mayweather wants respect and recognition, the critics insist, he must jump these hurdles– but even if he does, new hurdles will be manufactured to make sure the myth of the cowardly Mayweather stays in tact.

What fighter in history has been not only held responsible for wrangling his own opposition, but also hand-picking styles likely to make him look bad? If other champions were held to the ridiculous standards reserved for Mayweather, the boxing Hall of Fame could be housed in a photo booth.

A recent Bleacher Report article described Mayweather’s career as “tragic.” But the only tragedy is that boxing writers have been so focused on bringing down the spiteful, arrogant, misogynistic “Money” Mayweather that they failed to appreciate the skill and talent of this generation’s very best fighter.