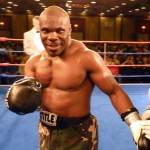 by Gary Purfield Garrett Wilson showed the tremendous improvement he has made in the last six bouts as he dominated and finished Andres Taylor in a rematch of their fight in September of 2010.  The twelve round cruiserweight bout was held at Bally’s Atlantic City by Peltz Promotions.  Wilson was putting his USBA title on the line and the vacant NABF title was up for grabs as … END_OF_DOCUMENT_TOKEN_TO_BE_REPLACED 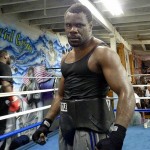 Story and photos by Gary Purfield This Saturday from Bally’s in Atlantic City Peltz Boxing features Garrett Wilson 10-5-1 (4 KO) vs. Chuck Mussachio 17-1-2 (5 KO) in a showdown for the USBA Cruiserweight belt.  One look at the records and anyone would think that Wilson is being brought in to be an opponent for Mussachio.  A closer inspection of who each man has fought shows … END_OF_DOCUMENT_TOKEN_TO_BE_REPLACED